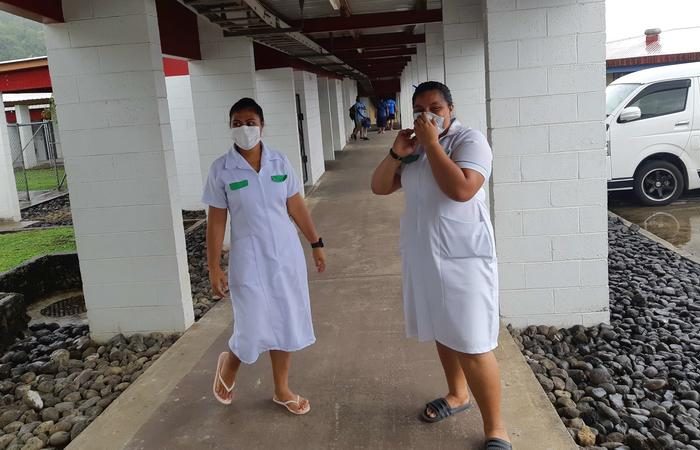 In Samoa, measles has killed dozens of children. People were advised to obey a dawn-to-dusk curfew, staying in their homes and displaying a red flag if any occupants were not yet immunized.

To keep the situation under control, the Pacific island nation’s government ordered all businesses and non-essential government services to close. This week, the inter-island ferries were also shut down while the authorities told people to keep their cars off the roads.

Samoa carries out the mass vaccination against measles

The UNICEF’s Pacific islands chief Sheldon Yett said that hundreds of vaccination teams, including public servants drafted in for the operation, fanned out across the nation of 200,000 in the early hours of the morning.

The authorities plan to go door-to-door in villages and towns to administer mandatory vaccinations in red-flagged houses. It’s very quiet out here, there is no traffic, no people on the streets and the only thing to hear is a few barking dogs.

The operation, carried out under emergency powers invoked as the epidemic took hold last month, is a desperate bid to halt measles infection rates that have been inexorably rising since mid-October.

According to the WHO’s official, the immunization rates in Samoa dropped steeply to just 30 percent before the outbreak. The anti-vaccine messaging campaign was too aggressive, in fact. Now, the Samoans are facing its results while losing their babies and kids killed by infection, which could be prevented by only one — timely — shot.

Mr Yett said social media had been used to spread anti-vaccination misinformation in Samoa and the online giants running the platforms needed to clamp down on such “incredibly irresponsible” material.

“It’s quite clear that they have a corporate responsibility to step up to the plate and make sure that populations, particularly vulnerable populations, get accurate information that’s going to keep children alive,” he said.

Samoa’s immunization rate has risen to 55 percent over the past fortnight and Yett said this week’s two-day drive aimed to push it above 90 percent, which should help curb the current outbreak and stop future epidemics.