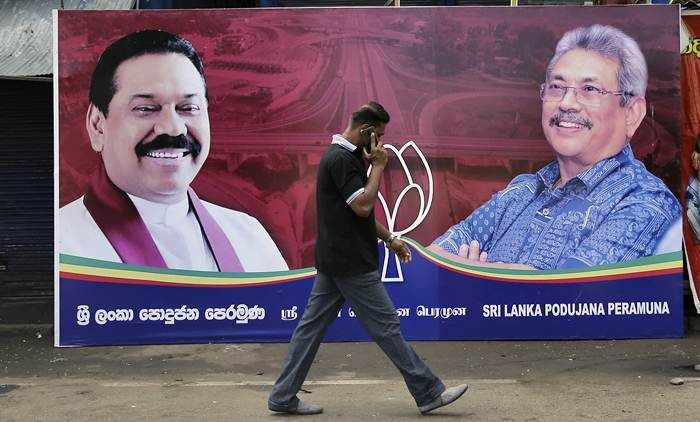 Sri Lanka’s former wartime defence chief Gotabaya Rajapaksa was set to become president, Voice of America reports. In his first comments as he declared victory, Rajapaksa struck a conciliatory note, suggesting he would be a leader of all Sri Lankans, regardless of their ethnic and religious identities.

Rajapaksa has promised strong leadership to secure the island of 22 million people, the majority of whom are Sinhalese Buddhists. The 70-year-old man would be the latest nationalist leader swept to power across the world, tapping into the anger and fears of majority communities.

He is known for the close ties with China, which has invested billions of dollars building ports, expressways and power stations. But these projects have also led to high debt levels for Sri Lanka, the experts say.

“As we usher in a new journey for Sri Lanka, we must remember that all Sri Lankans are part of this journey. Let us rejoice peacefully, with dignity and discipline in the same manner in which we campaigned,” Rajapaksa said in a tweet.

Tamil political parties are strongly opposed to Rajapaksa, who has faced allegations of widespread human rights violations of civilians in the final stages of the war against the separatists in 2009. Rajapaksa and his brother deny the allegations.

According to the election commission, Saturday election results are almost counted, Mr Rajapaksa led with 50.7 percent, while his main rival Sajith Premadasa had 43.8 percent.

Sri Lanka voted to elect a new president to lead the country out of its deepest economic slump in more than 15 years, dragged down by its tourism sector following the terroristic attacks.

The rivals of Rajapaksa asked him to ensure that the post-election environment is peaceful and none of the Sri Lankans is persecuted or harmed for their role in supporting other parties.