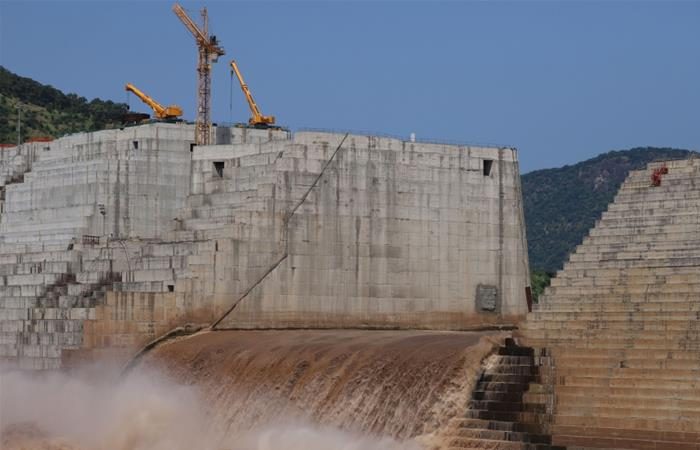 The talks between Egypt, Ethiopia and Sudan over the Ethiopian Grand Renaissance Dam (GERD) on the Nile River will be resumed. The respective announcement made the foreign ministry of Egypt on Friday.

Three African nations should resolve their dispute over the GERD as soon as possible due to the importance of the Nile dam for all the sides. The negotiations have been resumed via video conference between the three countries, with the mediation of South Africa, the current chair of the African Union.

As Asharq Al-Awsat reports, Sudan’s Ministry of Irrigation and Water Resources said PM Abdalla Hamdok received a letter from South African President Cyril Ramaphosa that praised the positive and constructive role that Sudan has played during the recent meeting of the AU heads of states over the dam.

In a press statement on Friday, Sudanese foreign ministry says that President Ramaphosa highlighted Khartoum’s “refraining from taking any measures or making any statements that could negatively affect the course of negotiations.”

In addition, Hamdok’s contribution to the meeting affirmed Sudan’s commitment to reach a peaceful and mutually acceptable solution for the three parties, the letter read.

In fact, the mediators and parties involved in GERD talks held Friday a procedural session during which they discussed the basis for negotiations.

At the present time, Minister of State at South Africa’s Department of International Relations and Cooperation (DIRCO) presented her country’s speech. Representatives of the three nations also delivered their opening remarks.

A detailed report over the progress of negotiations will be presented to the President of South Africa and the three countries after a week.

Last month, a planned round of talks failed to produce an agreement on the operation and filling of the GERD, prompting Egypt to appeal for the United Nations Security Council (UNSC) to intervene.