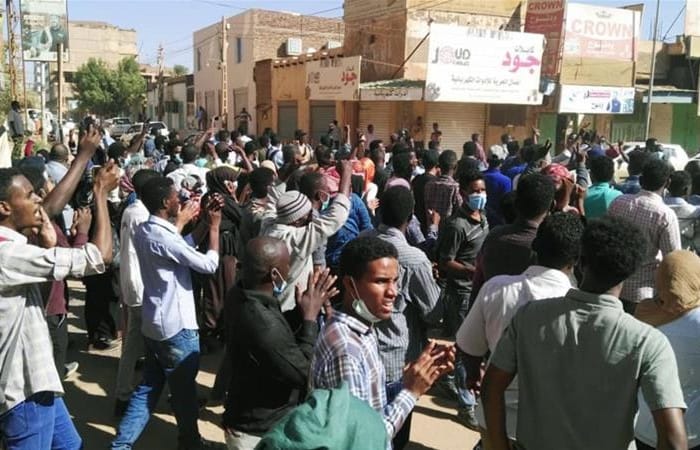 Sudanese protesters who demand to step down Omar al-Bashir faced the powerful reaction from the governmental forces, a teargas attack against the demonstrators made to disperse the protesters on Monday, Guardian reported.

Thousands of protesters who have been camped for more than 48 hours in central Khartoum, were dispersed on Monday using the teargas and baton charges. Tens of thousands of peaceful anti-government demonstrators from the Alliance for Freedom and Change and other democratic cells were demanding the resignation of the president, Omar al-Bashir, who seized power in a military coup in 1989.

The first wave of the protests first erupted on 19 December after Cabinet’s decision to triple the price of bread. The unrest quickly evolved into nationwide demonstrations against the president’s rule. While previous attempts to disperse the street protesters have failed, huge crowds of Sudanese citizens have filled the open space between the heavily-guarded military complex in the capital and a major bridge over the Blue Nile.

Over recent weeks, the riot police and agents of the powerful National Intelligence and Security Service have been cracking down on demonstrators, but the military troops have been so far not intervened.

According to the organizers of the protests, all people around Khartoum gather in the capital to protect their country on the ground. The Sudanese Professionals Association, part of a coalition of civil society groups involved in the protests, said on Sunday it feared a massacre if security forces moved to disperse the demonstration.

A report released last week by the US-based NGO Physicians for Human Rights said authorities had used “unnecessary and disproportionate force against its citizens, illegally attacked medical responders and facilities, and tortured detainees”. Since the start of the protests in mid-December, 51 people have died, according to the Human Rights Watch. Hundreds have been arrested and jailed after summary trials, the human right activists say.

Observers have pointed to possible inspiration from Algeria, where weeks of peaceful popular protests forced Abdelaziz Bouteflika to resign as president last week.

Sudan’s president Bashir faces genocide charges at the international criminal court relating to extensive human rights abuses perpetrated by Sudanese forces against civilians in Darfur, the western region gripped by conflict since 2003 when rebels took up arms against the government, accusing it of discrimination and neglect.

The UN says 300,000 people have died in the conflict and 2.7 million have fled their homes.