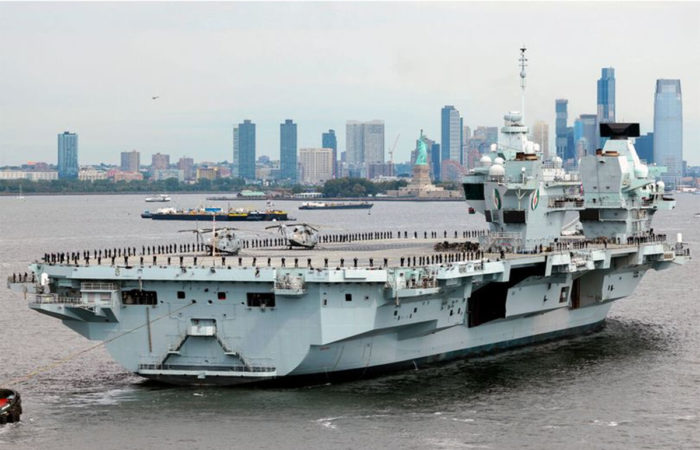 The largest British aircraft carrier HMS Queen Elizabeth, which is the flagship of the British Royal Navy, arrived in New York as part of strengthening bilateral ties between the UK and the US.

It is noted that HMS Queen Elizabeth left for the United States from Portsmouth on September 7 instead of the second British aircraft carrier, HMS Prince of Wales, which broke down near the Isle of Wight.

It was previously reported that HMS Prince of Wales had a propeller shaft failure. For this reason, he was unable to take part in the exercises in the United States in September, which will practice the use of F-35 fighters.

The exercise will involve ships from the US Navy, the Royal Canadian Navy and the US Marine Corps. The maneuver program includes training sorties of F-35B Lightning aircraft.

The Prince of Wales, which left for exercises on 28 August, returned to Stokes Bay port in Gosport escorted by tugboats. It is expected to be drydocked at the Rosyth shipyard in Scotland, where it was built, for repairs.