The ultra-right shift happened in the mind of the Sweds 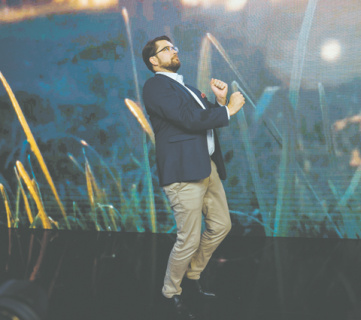 In Sweden, the counting of votes in the parliamentary elections continues. Even before the announcement of the final results, it was clear that the ultra-conservative Sweden Democrats (SD) party, which is part of the right-wing coalition, achieved a historic result for itself, breaking the barrier of 20% of the vote for the first time. Its 43-year-old leader, Jimmy Åkesson, has done much to boost its reputation and ratings, a key success factor being fertile ground for far-right populist rhetoric: the country has a large migrant population and has experienced a spike in ethnic crime in recent years.

The success of the right is even more stunning because of its unexpectedness: the data of sociologists and political scientists and even exit polls indicated that the left-wing coalition led by the Social Democratic Labor Party of Sweden had more chances to win. Turnout was high at 81%, although four years ago it was even higher at 87%. Significantly, the southern province of Skåne, where Malmo is located, known for having a large number of migrants, recorded the highest turnout in the country – 89.1%. True, this is not about Malm itself, but about the town of Lomme.

By Monday, after counting 95% of the votes, the left had 48.8% and the right 49.5%, which means the distribution of 174 and 175 seats in the unicameral parliament (Riksdag), respectively.

Swedes have recently become concerned about the topic of crime: the number of murders from firearms per capita in the country is the highest after Croatia. In Malmo, populated by migrants, the authorities are constantly strengthening the police, and in general even the left is forced to support this trend, as well as a certain departure from alternative energy in favor of the development of nuclear energy.

Interestingly, Åkesson, the leader of the SD, hails from the small town of Selvesborg, which is not far from Malmö. On the way to popularize the party, he had to expel those who actively spoke from neo-Nazi positions from the party and declare intolerance for extremism. However, the SD still cannot get rid of accusations of sympathy for racist ideas from the liberal media, since a number of the first members of the party were associated with cooperation with Nazi Germany, and someone shared fascist ideas. Before Åkesson, the head of the party was Mikael Janssen, and during his chairmanship from 1995 to 2005, he managed to turn it from a refuge of marginals into a completely respectable political force, although for the time being it was not popular. Then the party received no more than 1% of the vote in the elections.

It also gained popularity in many respects from the controversial policies of left-wing governments, during which the number of migrants increased by half a million in 10 years.

According to the available interim voting results, we can say that in terms of the number of votes cast, the SD became the second party after the Social Democrats (20.6% and 30.5% of the vote, respectively). Because of this, it is possible that far-right forces could have significant influence or even receive important ministerial portfolios if the right-wing coalition wins and if the government is successfully formed after it, although ministerial portfolios for SD members were not originally envisaged.

But the place of Prime Minister Magdalena Andersson in this case should still be taken by a compromise politician – 58-year-old Ulf Kristersson from the Moderate Coalition Party. However, he is sure that the Swedes need to move towards the Danish model, which is much less tolerant of migration and with more severe punishments for crimes. Kristersson’s party has 19.1% of the vote as of Monday. The final results of the elections will be known by Wednesday.

At the same time, it is possible that in the near future in another European country there will be a significant success of right-wing forces. We are talking about Italy, which will also hold parliamentary elections on September 25. Against the backdrop of anti-illegal migration rhetoric, the Brothers of Italy party, led by Giorgia Meloni, has grown in popularity and has already won a number of important seats in June’s municipal elections. However, as with the SD, there is a serious question as to how far far-right forces in Italy will be allowed to actually run the country as part of a potential right-wing coalition.