The UN General Assembly has abandoned the secret ballot on referendums. 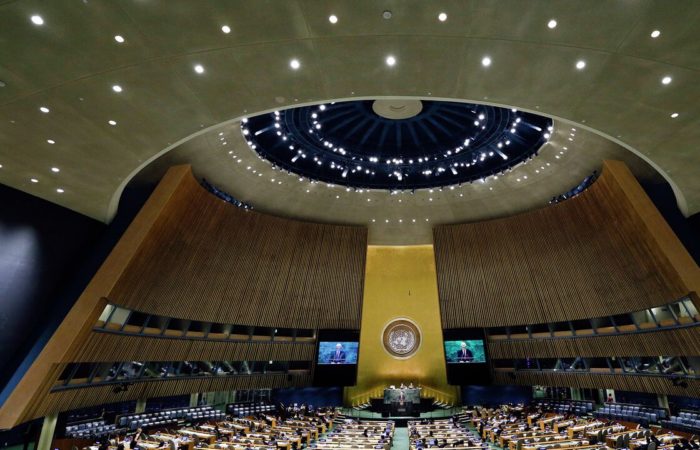 The UN General Assembly decided not to hold a secret ballot on the resolution of Western countries on the non-recognition of referendums in the DPR, LPR, Kherson and Zaporozhye regions, follows from the voting results.

Earlier, Albania proposed to hold an open vote on the resolution. 107 countries supported it, 13 voted against, 39 abstained.

In turn, Russia’s permanent representative to the UN, Vasily Nebenzya, called this vote an outrageous fraud, since Moscow was not given the floor on the order of the meeting.

“You have now witnessed an outrageous fraud in which the Chairman of the General Assembly played a key role. <…> The light about this is still on behind our sign, they distorted our speech. And now they are trying to steal from the UN member countries the right to freely express their point of view <…>,” he said.
According to the diplomat, Russia did not protest the decision of the chairman, did not make a proposal that Albania challenged.