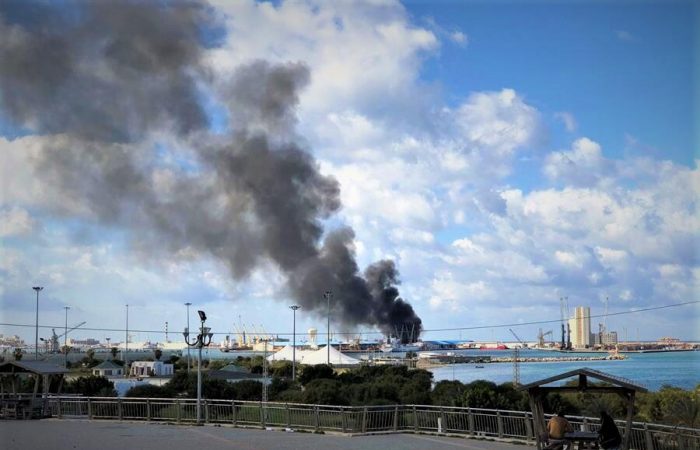 Libya’s UN-recognized government (GNA) announced its withdrawal from the military committee talks in UNHQ-Geneva. As GNA said, the recent attack on the Port of Tripoli became the rude violation of cease-fire by strongman Khalifa Haftar’s forces.

The death toll of port attack is three civilians, five others were also injured. As Fevzi Uneyyis, the spokesperson for the Health Ministry under GNA, wrote on the Facebook page of “Operation Volcano of Rage,” a military operation being conducted by the Libyan’s government forces.

On Tuesday, a joint military commission representing Libya’s UN-recognized government and Haftar’s forces began a second round of talks for a possible solution. Unfortunately, Haftar’s action has ruined the hopes and aspirations regarding peace in the country.

As GNA says, the port is a crucial point for people to receive basic necessities such as food and medicine. The GNA’s Ports Directorate said Haftar’s forces struck the Port of Tripoli with missiles during the cease-fire negotiations. Thus, Haftar’s forces are just committing war crimes by cutting those important ties.

It said as long as the capital is not safe and the people who want to return their homes cannot do so, talk of a permanent cease-fire is meaningless.

Libya’s legitimate government has been under attack by Haftar’s forces since last April, and more than 1,000 people have been killed in the violence.