Slovalco plant to stop primary aluminum production due to electricity prices
Bulgaria temporarily bans timber exports to third countries
Polish PGNiG, left without Russian supplies, took a loan of €1 billion to buy gas
Chinese Foreign Ministry spokesman Zhao Lijian reminded the United States of their crimes in Iraq and Afghanistan
China sent 21 aircraft and 5 ships to Taiwan
Tonight, residents of Narva brought flowers to the site of the demolished monument to the T-34 tank
Armenian Foreign Ministry received a protest from the Russian embassy
British Air Force suspends admission of white men for the sake of women and minorities
Due to the crisis of green policy in Germany, the price of electricity has increased 10 times
US deploys B-52 strategic bombers for exercises
Our choice
President of the National Bank of Poland: Germany decided to return former lands within Polish borders
55311 0
US intelligence agencies record an increase in threats against the FBI due to searches at Trump’s
42244 0
British authorities allowed to reopen the largest Rough gas storage
36874 0
US First Lady Jill Biden tests positive for COVID-19
35442 0
German authorities accused Poland of poisoning the Oder river with mercury salts.
34547 0
BNA head Müller says Germany’s gas storage facilities are 75 percent full
32936 0

UN: Myanmar’s treatment of Rohingya Muslims has the ‘hallmarks of genocide’ 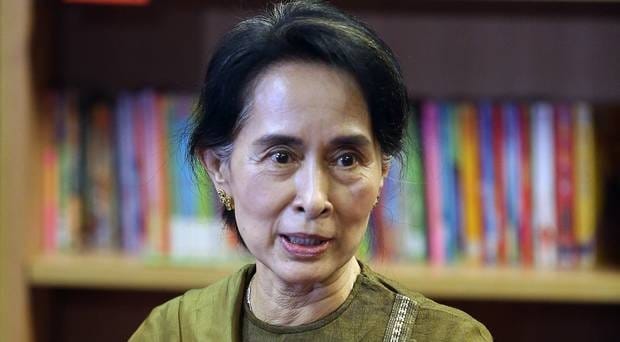 The UN committee on human rights believes that the Myanmar military’s violent operations against Rohingya Muslims were the massacre. In fact, the operations bear “the hallmarks of a genocide”, especially when 5 new mass graves discovered on Tuesday in Burma.

Nearly 700,000 Rohingya have fled their villages into Bangladesh since the Myanmar military’s crackdown following Aug. 25 attacks by Rohingya insurgents. The government of Myanmar has refused her entrance to the country. However, the latest details a massacre and 5 mass graves in the Myanmar village of Gu Dar Pyin show another point of view.

Yanghee Lee said that while she didn’t have specific details on the village, “you can see it’s a pattern” that has emerged with the Rohingya. She met with the press in Seoul, where Lee is based, that she couldn’t make a clear declaration about genocide. According to her, only a credible international tribunal or court is able to weigh the evidence. But “we are seeing signs and it is building up to that,” she added.

Yanghee Lee’s briefing described her recent visit to refugee camps in Bangladesh and other areas in the region to discuss the Rohingya, a persecuted Muslim minority in Myanmar. First of all, the government needs to launch the fact-finding mission to those areas in northern Rakhine state where the Rohingya live.

Lee added as well that Myanmar’s actions were “amounting to crimes against humanity” and were part of the ‘hallmarks of a genocide’.

“I think Myanmar needs to get rid of this baggage of ‘did you or did you not,’ and if proven that they did, then there has to be responsibility and accountability. No stones must be left unturned because the people, the victims, the families of the victims definitely deserve an answer,”

Yanghee Lee said during her briefing.