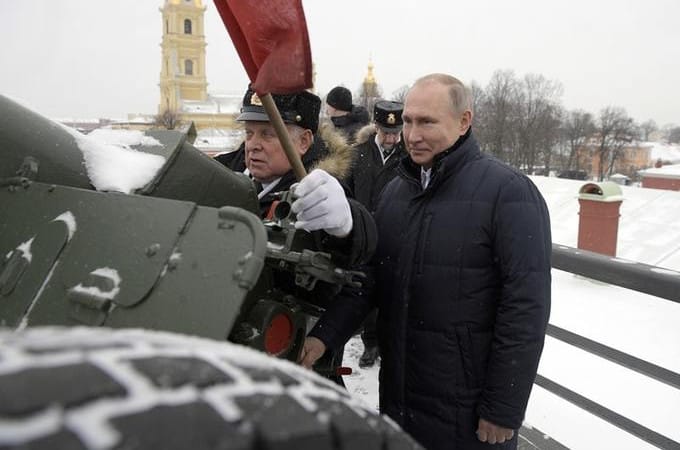 Vladimir Putin paid a visit to his native city St. Petersburg and celebrated Orthodox Christmas by firing a large cannon in Petropavlovsky Fortress. Since 1865, the midday shot is a tradition in the former Russian capital.

For Vladimir Putin, visit to his native city is always a nice time, especially when he is able to do something special. During Christmas visit on January 7, the Russian leader pulled the lever on the howitzer, which fires a daily noontime salute, an old city tradition.

Since 1865, the gun fires a daily midday salute, and Mr Putin’s steely image was in full force for the event. On January 7, the Russian President appeared to flinch only slightly when the cannon roared, then turned away with a thin smile.

“Military fortress member of staff, I congratulate you, it was a wonderful midday cannon shot!” a fortress officer told him.

Putin is known for his habit to get up-close and personal with various arms – from fighter jets to high-power sniper rifles. To mark the Orthodox Christmas, Russia’s president got his hands on one of the two D-30 howitzers located in the Peter and Paul Fortress, the St. Petersburg stronghold.