Australia to end airstrike campaign against ISIS in Iraq and Syria 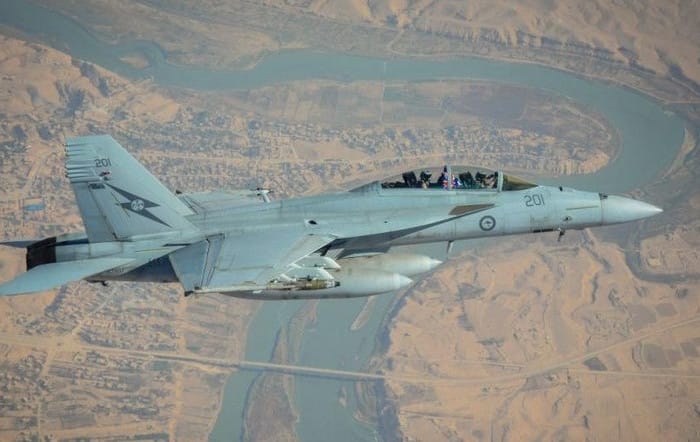 Australian government decided to end airstrike campaign against ISIS in the Middle East. The country’s contribution in the battle Iraq and Syria is now “at a transition point”, said Defence Minister Marise Payne.

The official Canberra had decided to scale back its mission in Iraq and Syria after consultations with coalition allies following more than 2,700 sorties. Iraqi Prime Minister Haider Al-Abadi announced earlier this month that all areas of Iraq had been liberated from the extremist group, also called Daesh, meaning Australia’s contribution in the battle was now “at a transition point”.

Australian Aircraft will definitely continue to support the Coalition against Daesh and 380 Australian Defence Force personnel are helping to train and build the capacity of the Iraqi Security Forces under Task Group Taji and Special Operations Task Group.

Marise Payne said that Australia shouldn’t forget of the fact that ISIS is ‘the most extreme of extremists’, so Iraq and Syria should have the regular support from the international community. According to Defence Minister, if jihadists can find a way back if they can find a way to continue to cause havoc, they will.

‘So we have to be ever alert to that. Not just, frankly, in Iraq, but also in our own region, as we have seen recently in the Philippines,’

It is now only clinging to the dregs of a “caliphate” that spanned territory the size of Britain three years ago, with Iraq declaring victory in the war this month.