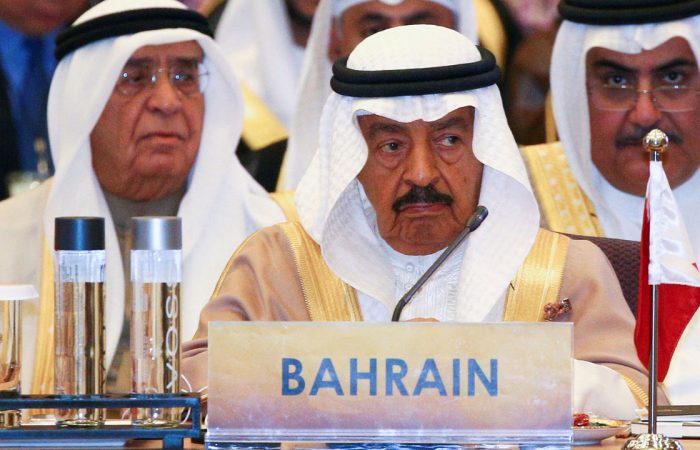 The Bahraini ruler was welcomed in Riyad where he arrived for a one-day trip. King Hamad and Crown Prince Mohammed bin Salman will have a meeting to discuss “bilateral relations and regional international developments”.

Saudi Arabia on Wednesday welcomed Bahrain’s King Hamad who said the two nations renew their appreciation and gratitude for the blessed efforts made by Saudi Arabia in serving the Gulf states. Saudi Arabia’s top diplomat described relations between Riyadh and Manama as “inherent historical links”.

Over the decades, both Gulf states have enjoyed close ties, The National News reports. According to the king, the wide range of Arab and Islamic issues will be discussed during their meeting with Crown Prince Mohammed bin Salman. King Hamad also praised strategic role of Saudi Arabia at the international levels.

“The efforts by Saudi Arabia are made to ensure a better future for the world,” the Bahraini ruler added.

To mark King Hamad’s visit to the capital, King Salman held a lunch in honour of the royal. Several members of the royal family also attended.

In most recent years they set up a co-ordination council that has repeatedly stressed the importance of the “historical fraternal relations between the two states and ways to enhance co-operation in various fields”. In December, Prince Mohammed visited Manama and held meetings with leaders.

“The two countries reached a number of initiatives that would enhance co-ordination and consultation in the field of security and military co-operation, cyber security, and facilitating the procedures for transit of goods and trucks across borders,” the Saudi news agency says.

It was the second meeting of the Saudi-Bahraini Co-ordination Council, at Sakhir Palace in Manama.