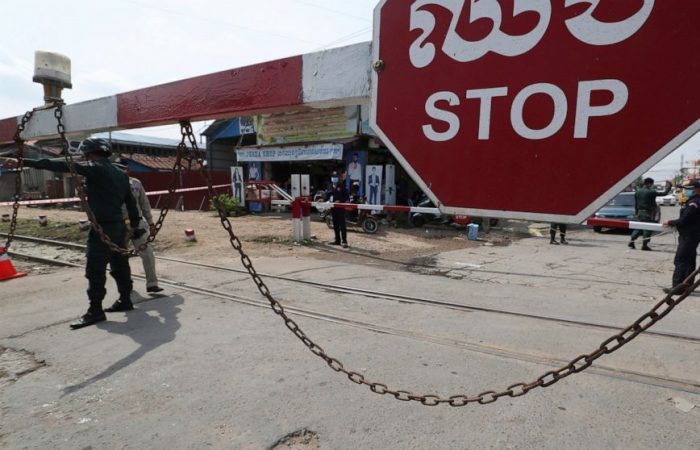 Cambodia’s Health Ministry insisted on lockdown due to rising numbers of covid cases in the country. The unpopular measure means a strict stay-at-home two-week lockdown in the capital Phnom Penh starting Thursday.

The new measure extends an 8 p.m. to 5 a.m. curfew in Phnom Penh, the capital city. In addition, bars residents from venturing out unless for food and other necessities at locations authorized by the Cambodian government.

In its efforts to slow a surge in coronavirus cases, the local authorities are warning “we will die unless we act responsibly.”

Cambodia with its population of about 17 million has already rolled out its mass inoculation campaign but the pace is still very slow. On Thursday, the health ministry reported 178 news cases on Wednesday, including 145 plus two deaths in Phnom Penh.

“We are facing an impending disaster and we will die unless we act responsibly and be united,” Prime Minister Hun Sen said in an audio address.

Despite the availability of the anti-covid vaccine, the Cambodians don’t hurry to receive the shot. By the end of March, the Asian nation had acquired more than 3.1 million doses of vaccines from China and through the World Health Organization’s COVAX initiative. PM stressed that immunization is voluntary, but civil servants and members of the military would be at risk of being dismissed if they fail to be vaccinated.