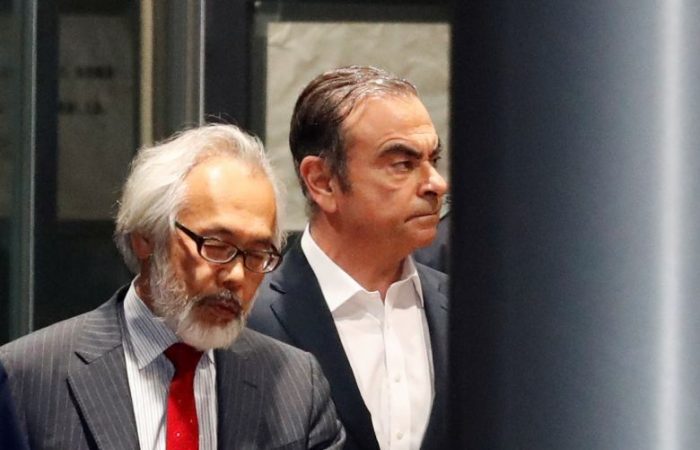 Carlos Ghosn, who fled to Lebanon to avoid a Japanese trial, the public broadcaster NHK reported. A former Nissan boss was carrying one of his two French passports, as Japan justice ministry launched a probe into the embarrassing security lapse.

Mr Ghosn faces multiple charges of financial misconduct and banned from overseas travel. Foreigners in Japan are required to carry IDs or passports at all times. NHK said his lawyers applied to have the terms of his bail changed so that he could carry a passport in a locked case.

However, Ghosn had been issued a spare French passport and carried it in the months before his departure.

As NHK reports on Thursday, the court had allowed Mr Ghosn to keep the second French passport so long as it was kept «in a locked case» with the key held by his lawyers. In addition, the former Nissan chief he had been “obliged” to carry the passport with him since May, without elaborating on the reason.

There is no emigration data showing Ghosn’s departure from Japan but he entered Lebanon on a French passport. Meanwhile, prosecutors and police are suspecting he departed «in an unlawful manner».

Police suspect «several» people accompanied him to help him escape, it added. Authorities plan to analyse security camera footage from his residence and other places they suspect Ghosn appeared before he fled, NHK said.

The businessman was smuggled out of Tokyo by a private security company days ago, the culmination of a plan that was crafted over three months, Reuters has reported.

One of Ghosn’s lawyers also said he was such a famous face that he had no chance to slip away undetected.