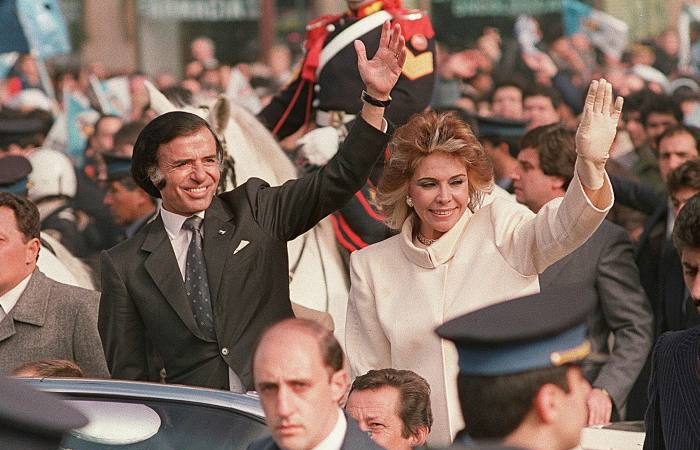 One of Latin America’s best known and most controversial presidents, Carlos Menem, has died at age 90. Charismatic leader embraced free-market doctrine and liberalised the economy, Financial Times has learned.

Former Argentina’s president was known for his flamboyant lifestyle and sported lamb-chop sideburns. In the 90s, Menem presided over the liberalisation of Argentina’s economy. His free-market doctrine enshrined in the “Washington consensus” more than any other leader in Latin America.

As an illustration of the Argentinian economic miracle, Menem re-established diplomatic relations with the UK after the 1982 Falklands War and kept the good relations with Washington.

Carlos Menem failed in his attempt to regain the presidency in 2003. Elected as a senator in 2005, a post he held until his death, Menem enjoyed congressional immunity that protected him from corruption charges.

The jovial and flamboyant leader has passed away on Sunday, February 14, his family said. Many other politicians took to Twitter to commemorate the former president, who died of complications from a urinary tract infection.

The government declared three days of national mourning on Sunday.