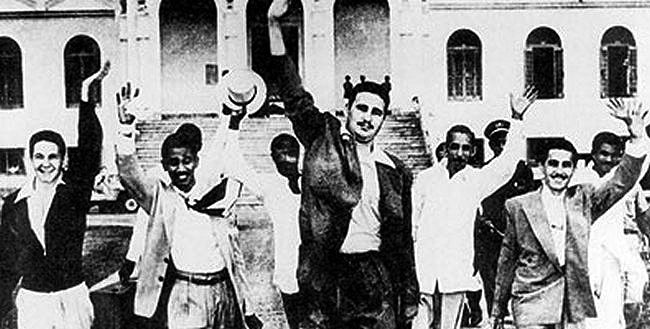 Cuba is celebrating the day of rebellion, the important date in the island’s history. July 26 is about fighting a revolution and Fidel Castro, a man who led the country to the revolution, PeoplesWorld reported.

Cuba’s first national leader, Fidel Castro made hundreds of speeches reflecting the modern history of Island of Freedom. According to “History Will Absolve Me,” revolution sought true national liberation and also social justice. Of course, there was a solid financial and ideological support from the USSR.

But Fidel wasn’t the only hero for Cubans, speakers on July 26 have long evoked the memory of José Marti. Doing so, they testify to the continuity of Cuba’s revolutionary struggle, being sent a message to the White House.

Bayamo, the capital city of Granma Province in eastern Cuba, is hosting Cuba’s Day of National Rebellion. From 6:30 a.m., President Miguel Díaz-Canel’s address the nation and congratulated people with the 66th anniversary of free Cuba.

Havana is celebrating the Day of National Rebellion

On July 26, the festivities are taking place in cities and towns throughout Cuba. Cultural events involving some 300 actors, singers, musicians, and other performers are proceeding throughout the day, especially in Havana. In the evening a “political gala” called “From Moncada to the Future” takes place in a remodelled theatre.

The façade of a government independent in name only ended on January 1, 1959, when a revolutionary government took power, enabled by the struggle that began on July 26, 1953. That’s another patriotic day in Cuba, but it plays second fiddle to the one celebrated today.

Members of the various delegations from the United States and Puerto Rico are invited to attend Cuban festivities, including the principal event at which Miguel Díaz-Canel speaks.

The New York-based Pastors for Peace delegation, having completed its 30th solidarity visit to Cuba in mid-July, won’t be on hand specifically for the celebrations today. Cuba’s invitations to these groups to attend the celebrations attest to Cuba’s appreciation of faithful support over many years.