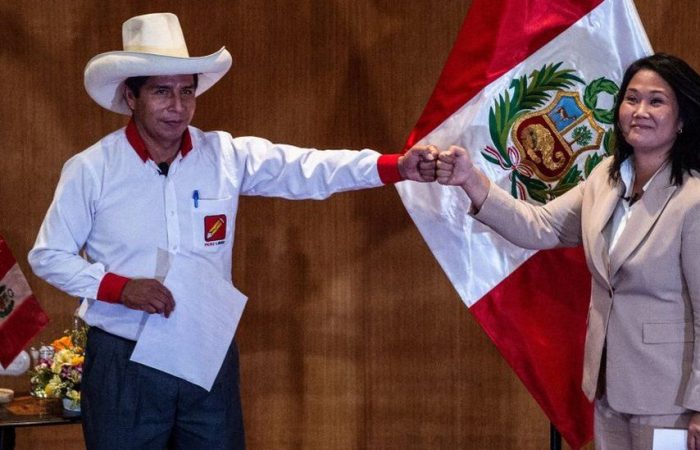 Peru is counting the votes, while the daughter of an imprisoned ex-president is leading the race for presidency.

With 42% of votes tallied, conservative Keiko Fujimori had 52.9% of the vote, while rural teacher-turned-political novice Pedro Castillo had 47%, according to official results. This is Fujimori’s third run for president, a role her father held in the 1990s.

The polarizing populist candidates have promised coronavirus vaccines for all and other strategies to alleviate the health emergency that has killed more than 180,000 people in Peru and pushed millions into poverty. The election followed a statistical revision from Peru’s government that more than doubled the COVID-19 death toll previously acknowledged by officials.

“Never was a second round so clearly divided as the present election,” Peruvian political analyst Fernando Tuesta said.

Voters across Peru, where voting is mandatory, headed to the polls throughout Sunday under a set schedule meant to minimize long lines. Meantime, Fujimori remains a controversial figure who is under investigation for corruption charges.