Dutch state must compensate damages for colonial killings in Indonesia 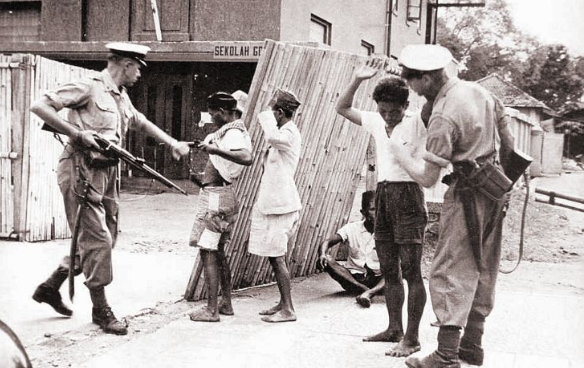 The Dutch colonial ruling in Indonesia wasn’t the perfect times for the locals. Now, the European country must pay compensation to relatives of 11 men executed by Dutch troops during Indonesia’s independence war in the late 1940s, judges ruled.

The Hague District Court’s judge considers the proven fact from the past — eleven Indonesian men have been killed as a result of misbehaviour of Dutch colonial troops. As a judge added, most cases involved summary executions, so, the Dutch state has to pay damages. The compensation amount varies from €10,000 ($10,800) to €123 to eight widows and four children of the men, who were killed in southern Sulawesi between 1946 to 1947.

As Japan Times reported, the highest amount was paid to a man who, as a 10-year-old, saw his father being killed, the court’s spokeswoman Judge Jeanette Honee said.

Widows of the killed men also received damages of up to €3,600 but claimants who were children received less, depending on their ages at the time of the tragic events.

The Hague District Court judges based the relatively low amounts on the income earned by the men, which it said were around €100 per year at the time. In fact, the amounts awarded do not intend to provide for killings, only material damage in the form of lost livelihood.

“The court recognizes that these low amounts are disproportionate to the pain and sorrow that the executions of husbands and fathers have undeniably caused to widows and children,” the court’s statement reads.

The dark side of the Dutch colonial times in Indonesia

In the period between December 1946 and April 1947, the Dutch colonial troops committed the atrocities during so-called cleansing actions to root out Indonesian freedom fighters, the Court said. The judge added that at least 860 men were killed by firing squads in Sulawesi, then called Celebes.

Taking responsibility for killings, the Dutch government apologized in 2013 for such cruel behaviour of its colonial forces and announced compensation to the widows of those who died.

Two weeks ago, Dutch King Willem-Alexander made a surprising move and apologized for “excessive violence” during the former colony’s fight for independence.

Indonesia declared independence on August 17, 1945, following a brief wartime occupation by the Japanese and several hundred years as a Dutch colony.