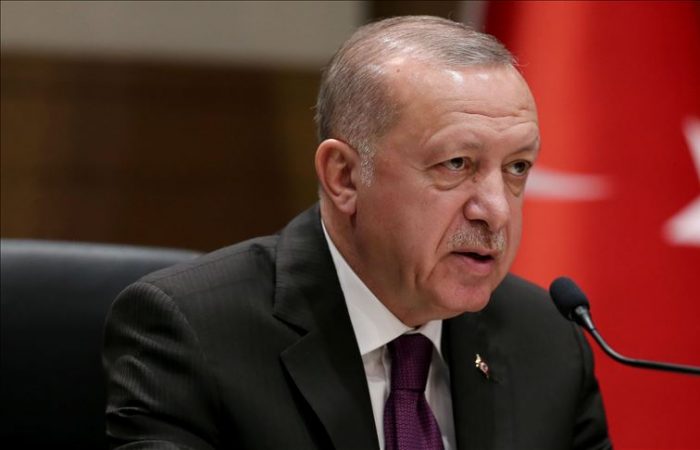 Turkish President Recep Tayyip Erdogan expressed his vision of the charity’s activity, which drives mostly by opposition-run municipalities. That activity under the aegis of the assistance during CPVID-19 crisis looks like an attempt to form a parallel state, AhvalNews reports on Wednesday.

In Turkey, the coronavirus outbreak was used by the opposition in the political purposes, said the Turkish leader. President Erdogan believes that all aid campaigns are being coordinated by state-sanctioned structures and there is no reason for the main opposition-run municipalities of big cities to become a state within a state,

Mr Erdogan’s nationwide fundraising campaign has been launched on Monday to help people hurt financially by the COVID-19 pandemic. The Turkish leader pledged seven months of his own salary and urged all wealthy people in the country to make their own contribution to the national solidarity campaign. Next day, the Interior Ministry has blocked municipal campaigns to help families in need during the virus epidemic.

«As the ruling power, we are obliged to give the necessary warnings at this time,» Erdogan said and added that opposition should be mindful or face «a response from the people of Turkey when the time is right”.

State-run Vakıfbank blocked Ankara municipality’s donation account following a circular sent on Tuesday by the Interior Ministry to all 81 of the country’s provincial governors. It said municipalities could not collect aid during the pandemic without permission from the central government-appointed provincial governor.

The opposition views the measure as a de facto ban on aid drives the government views as being in competition to its own. The municipalities of Ankara and Istanbul are taking the matter to court.

Meanwhile, the country’s state-controlled top religious body on Wednesday released a statement on alms giving, stressing that charity payments could be made to the national campaign. Alms giving is a mandatory religious obligation according to Islam and calls for the giving of 2.5 percent of one’s wealth each year to benefit the poor.