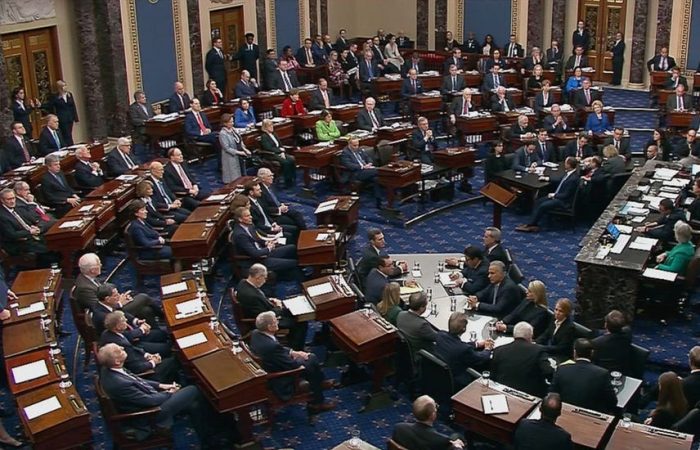 The Nord Stream remains the real problem for both European and American sides. The European Commission (EC) is preparing a response to Washington’s sanctions against the Nord Stream 2 (NS2) gas pipeline, Deutsche Welle reports.

In its written response of the EU High Representative for Foreign Affairs and Security Policy, the EC’s head Josep Borrell shared the thoughts regarding the controversial gas project.

However, the EC spokesman Eric Mamer did not provide details on June 26 what exactly the EU’s response would be.

Trump’s non-vision of the Nord Stream 2

U.S. President Donald Trump expressed his dislike of the NS2 in general. He imposed sanctions on companies involved in the construction of a gas pipeline from Russia to Germany along the Baltic Sea.

Mr Trump has been criticizing Nord Stream 2 for years, accusing Germany of allowing itself military protection from Russia, but at the same time providing Moscow with high revenues from gas exports.

US President Donald Trump has signed a package of sanctions, which were previously approved by Congress and the Senate, against companies involved in the construction of the Nord Stream 2 gas pipeline. The bill came into effect. The punitive measures are included in the new US National Defense Authorization Act for 2020, which Trump signed on December 21.

Borrell’s response to the MEP’s June 25 request states that sanctions against actions authorized by EU law are unacceptable and violate international law. According to Brussels, the EC is engaged in a very frank dialogue with both the US leader and the US Congress.

Meantime, the EC is «preparing to adopt a strengthened sanctions mechanism that will increase Europe’s resilience towards extraterritorial sanctions imposed by third countries,» the document stresses. According to Eric Mamer, details cannot be revealed yet.

However, the Trump Office chose not to do so, even though Germany’s position in the dispute with the US was inherently weak: “If Germany had tried to get revenge by punishing the Americans for the sanctions on Nord Stream 2, it would have found itself in a very vulnerable position with regard to restrictions against the German automotive industry,” said Mangott.

This month, the US Senate approved an expansion of sanctions aimed at stopping Nord Stream 2.