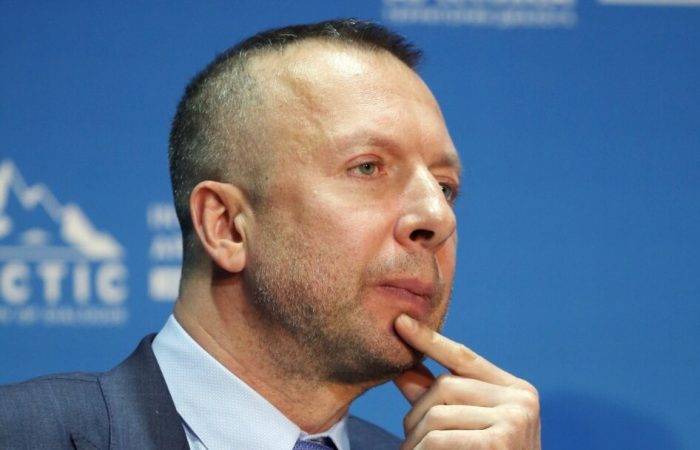 The «Sibanthracite Group», a Russian holding company which activities are related to anthracite production at complex geological fields, which were unprofitable for many years, has become an international company over the past 15 years.

As of May 2020, the «Sibanthracite Group» was one of the largest coal companies in the country.

The founder and primary beneficiary of the «Sibanthracite Group» was Dmitry Bosov who already owned 86% of the company’s authorized capital until 2020, which he has bought out purposefully from other shareholders from year to year in order to avoid any conflicts might arise with the Company’s minority shareholders in the future, as well as remain sole decision-maker related to development of the Company. 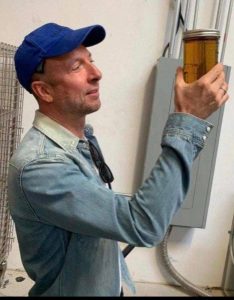 In 2014, Dmitry Bosov entered into partnership with Alexander Isaev, who previously held executive posts at coal industry enterprises in Ukraine.

In October 2018, Maxim Barskiy was appointed the Chief Executive Officer of «Sibanthracite», a Management Company, who became later a member of the Company’s Board of Directors.

During their co-operation Isaev A.S. (being a minority member of the Group of companies) and Barskiy M.G. (being the CEO) have developed a plan to take over the «Sibanthracite Group», Management Company, according to a source close to Dmitry Bosov.

For the purpose of their sinister plan, Dmitry Bosov was persuaded by A. Isaev and M. Barskiy to invest 160 million US dollars in production of marijuana based smoking blends in the United States.

Dmitry Bosov jointly with Gabriel Borden and Ari Stiegler, Californian entrepreneurs, has invested in a structure having operated at a legal marijuana market, that would later become known as the Genius Fund Group.

The main purpose and task of A. Isaev and M. Barskiy was to make Dmitry Bosov addicted to narcotic smoking blends and psychotropic substances.

According to relatives of Dmitry Bosov and eyewitnesses knowing Dmitry as a healthy and athletic purposeful person, successful businessman, loving father and loyal friend, he has changed radically in less than two years getting sick, becoming closed and irritable because of many phobias developed, and a paranoid, drug addicted and unbalanced mind person, in fact.

M. Barskiy having recognized their developed plan yielded «dividends» quickly, has more and more actively arranged supplies of new lots of smoking blends and psychotropic agents from the USA to Russia and «supplied» it to Dmitry Bosov, as well.

On October 28, 2020, the Sheremetyevo customs of the Russian Federal Customs Service initiated a criminal case № 12004009621000040 against M. Barskiy under the Article 229.1 of the Criminal Code of the Russian Federation (Drug Smuggling) due to the ordinary attempt to smuggle drugs to the territory of Russia. 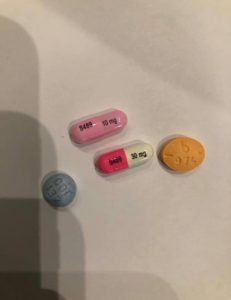 According to M. Barskiy’s private conversations, he managed to avoid the criminal liability due to «influential, high-ranking people being behind him». However, M. Barskiy is a criminal defendant regarding that criminal case, at present.

Shortly before his death, Dmitry Bosov having suspected his partner Alexander Isaev in abuses and embezzlement, dismissed him from all his posts in the «Sibanthracite» group of coal companies.

Just two days after the tragedy has happened with Dmitry Bosov, the Charter of the Group of Companies was amended by A. Isaev, M. Barskiy, D. Aga, I. Makarov, D. Shatokhin for purpose of their powers expansion.

However, it should be noted that over the past ten years Dmitry Bosov has been actively buying back shares from the minority shareholders of the Company in order to consolidate the business and sole control. 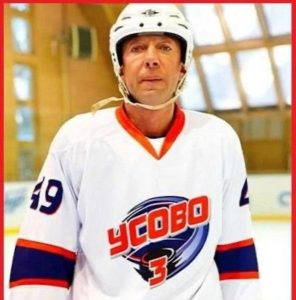 On the initiative of the persons mentioned above, the Charter of the «Alltech Moscow» company was amended (a management company, which includes the «Siberian Anthracite» company), as to that amended version 14% of minority shareholders could take decisions (including D. Aga), that created conditions for hostile takeover.

The Company’s Charter therefore was amended three times in less than two years. Under every subsequent amended version of the Charter, the minority shareholders of the «Sibanthracite Group» have received more and more powers.

Taking advantage of that situation, a member of the Board of Directors (a former CEO) of the «Sibanthracite» and an American citizen – Maxim Barskiy with the Chairman of the Board of Directors and minority shareholder – Dmitry Aga, convinced the main group of heirs of the need to urgently sell the «Sibanthracite» at a significantly lower price (by intimidating Bosov’s relatives an imagined conflict was happened with E.Yu. Khudainatov). The Company’s purchaser was the «A-Property», LLC, which shareholders were A. Avdolyan and S. Adonyev. Moreover, M. Barskiy and D. Aga became the owners of 30% of the Company, according to a source close to that deal.

Before effecting the deal and subject to lack of control by the majority shareholder (the group of heirs of Dmitry Bosov), M. Barskiy and D. Aga have actively withdrawn funds from the Company by effecting various kind of dubious deals.

For some strange reason, a number of long-term contracts were concluded with contractors and suppliers, that was unprofitable and substantially oppressive in the long term for the «Sibanthracite Group».

Meanwhile, Maxim Barskiy «drug trail» was in evidence for a long time. M. Barskiy asked not without reason his old friends – A. Avdolyan and S. Adonyev, who were at the same time potential purchasers of the «Sibanthracite Group», for administrative and financial resources.

For example, the «JFC» company, whose beneficiaries were A. Avdolyan and S. Adonyev, was also involved in drug smuggling – cocaine.

Those facts confirm that an international gang of drug dealers try absolutely pragmatically and cynically to destroy a socially significant, region-forming company that has been successfully developing for more than 20 years under the leadership of Dmitry Bosov.

A. Avdolyan and S. Adonyev promised M. Barskiy to provide administrative resources for «grabbing» the Company, as well as solving his personal issues related to the criminal case opened against him for drug smuggling, mentioning they have close contacts with S.V. Chemezov (the editorial office has an audio file of such a conversation the link).

For purposes of acquisition of the «Sibanthracite Group», M. Barskiy, A. Isaev, A. Avdolyan and S. Adonyev intended to use an illegally obtained capital (black capital) by clearing their illegal funds.

The mass media posted an information about «Siban Holding», LLC, which submitted a request to the Federal Antimonopoly Service to obtain the preliminary consent to a transaction for acquisition of shares in the «Sibanthracite», PLC, incorporated in Cyprus and owning, directly or indirectly, shares and participation interests in the Russian companies of the «Sibanthracite Group». According to posts in the media and data of the Unified State Register of Legal Entities, the members of the «Siban Holding» LLC are M.G. Barskiy (30% stake) and «A-Property Development», LLC (70% stake); beneficiaries – A. Avdolyan and S. Adonyev).

At the present day, M. Barskiy, A. Isaev, A. Avdolyan, S. Adonyev proceeded with execution of the final part of their previously developed plan for destroying and subsequent selling the «Sibanthracite» company, trying to mislead and using the patronage of S. Chemezov, and negotiating for involvement of third parties for financing the deal.

As for «old friends» of A.Isaev, namely, M.V.Podmiglazov and Yu.V.Bugaev who were hounded out of the «Sibanthracite», Management Company, they held administrative positions in the «Elgaugol», LLC, (Elga coal mine), conducting the same «questionable» business, as before in the «Sibanthracite Group».

So, according to an information received from a source in the «Elgaugol» company, the groundwork is laying for further significant financial problems may arise from the regular misinformation of shareholders as the main reason by A. Isaev, the Director General of the company. According the source, there happen to be falsification of the company’s actual accounts by A. Isaev.

Attention of the «ROSTEKH Group»’s management, holding and parent company of «Elgaugol», LLC, was drawn to those facts caused subsequently the complete financial and economic audit relating the operations under control of A. Isaev carried out in the «Elgaugol» company, which is expected in the near future.

Considering the above and analyzing these facts, it may be made a conclusion and supposed that D. Bossov became a «victim» of a purposed cynical plan by A. Isaev, M. Barskiy, A. Avdolyan, and S. Adonyev aimed at the deal that would allow them to take possession of the «Sibanthracite Group»…

According to the sources, the specified assets will be sold at the significantly less amount than its real value.

At the present, D. Aga, I. Makarov, M. Barskiy, A. Isaev, A. Avdolyan, S. Adonyev have implemented the final part of their previously developed plan for the purposes of depreciation and subsequent sale of the «Sibanthracite Group».

M. Barskiy and A. Isaev obstract the investigation of criminal cases by law enforcement agencies, deceive D. Bosov’s relatives and witnesses asserting such actions are the will of high-ranking officials, who control the entire law enforcement system in the country, and mentioning often state level leaders.

As conclusion, I would like to note that it becomes more and more obvious that implementation of that insidious plan by a group of «businessmen», who used psychotropic and drug-containing substances to put out Dmitry Bosov of the business way (who suicided), withdraw the most liquid assets from his company (by concluding long-term transactions), as well as acquiring the company’s shares from the heirs at a rock-bottom price having subsequently intention to resell it several times more expensive (the editorial office has an audio file of such a conversation) and “laundering” a part of their shadow capital, it really begins to take shape.

Time will tell whether A.S. Isaev and M.G. Barskiy with their accomplices will be able to realize their criminal plan. We will attentively check for updates and situation.