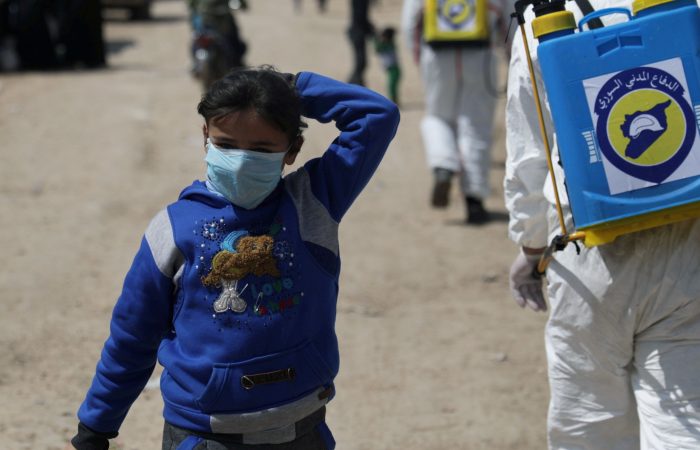 According to the Human Rights Watch (HRW), Lebanon’s government should improve the conditions, in which the Syrian refugees have to live. At least 21 Lebanese cities have introduced discriminatory restrictions on refugees that do not apply to Lebanese residents as part of their efforts to combat COVID-19.

Despite its obligations under the International Covenant on Economic, Social, and Cultural Rights (ICESCR), Lebanon pay not enough attention to the health status of the Syrian refugees.

In fact, the Covenant requires it to take steps to achieve “the right of everyone to the enjoyment of the highest attainable standard of physical and mental health,” but the recent activity of the Lebenese municipalities are just undermining the country’s public health response amid the coronavirus epidemic.

Syrian refugees have also raised concerns about their ability to get health care and the lack of information on how to protect themselves against infection.

In Lebanon, at least eight municipalities, citing COVID-19 concerns, implemented in March the curfews that restrict the movement of Syrian refugees to certain times. The authorities introduced these measures before the government called for a nationwide curfew, and the restrictions on Syrians exceed those that the government has imposed on the general population.

“There is no evidence that extra curfews for Syrian refugees will help limit the spread of COVID-19,” said Nadia Hardman, refugee rights researcher and advocate at Human Rights Watch.

On March 15, President Michel Aoun announced a “medical state of emergency,” and the government ordered all non-essential public and private institutions to close except those meeting vital needs, such as bakeries, pharmacies, supermarkets, and banks.

Discriminatory measures against refugees are not new. No fewer than 330 municipalities had imposed curfews on Syrians as of January 2020. Human Rights Watch has criticized these measures for contravening Lebanon’s international human rights obligations and Lebanese domestic law.

Actually, the Lebanese authorities should communicate clearly to Syrian refugees that they can get medical help without penalty if they experience COVID-19-like symptoms, even if they lack legal residence or other documentation, Human Rights Watch insist.

Meanwhile, Health Minister Hamad Hassan said that the responsibility for refugee health care should be shared by the local government and by UN agencies.

According to the Norwegian Refugee Council, 8 of 10 refugees “lacked knowledge” that they should immediately call the Health Ministry hotline if they develop symptoms of the COVID-19 or if they want to report a suspected case.

However, restrictions on rights, including freedom of movement and the right to health, cannot be imposed on a discriminatory basis, including by nationality. This fundamental principle applies even during emergencies.