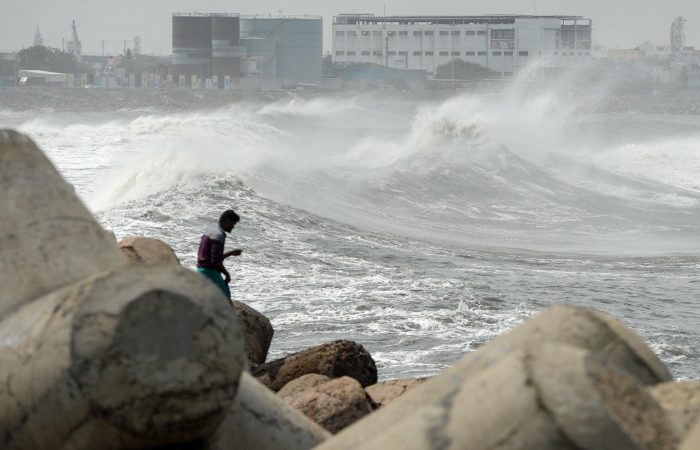 India suffers from the powerful cyclone roaring in the Arabian Sea. To avoid the catastrophe, the wester coastal authorities tried to evacuate hundreds of thousands of people and suspended COVID-19 vaccinations in one state.

In western India, thousands of rescue and relief teams from the army, navy and coast guard, along with ships and aircraft, have been deployed for recovery operations. Cyclone Tauktae has already killed six people in parts of southern India.

The natural disaster is expected to make landfall on Monday evening in Gujarat state with winds of up to 175 kph, the India Meteorological Department predicts. The high winds, heavy rainfall and flooding in low-lying areas are expected.

Cyclone deteriorates the health situation in India, which struggles against the deadly pathogen now. COVID-19 lockdown measures, meanwhile, could slow relief work after the storm, and damage from the storm could potentially destroy roads and cut vital supply lines for things like vaccines and medical supplies needed for virus patients.

The state Gujarat’s Chief Minister Vijay Rupani Monday asked officials to ensure that the oxygen supplies to hospitals are not disrupted, while in Maharashtra, operations at Mumbai city’s International Airport were suspended for three hours.

India’s western coast no stranger to devastating cyclones, but changing climate patterns have caused them to become more intense, rather than more frequent.