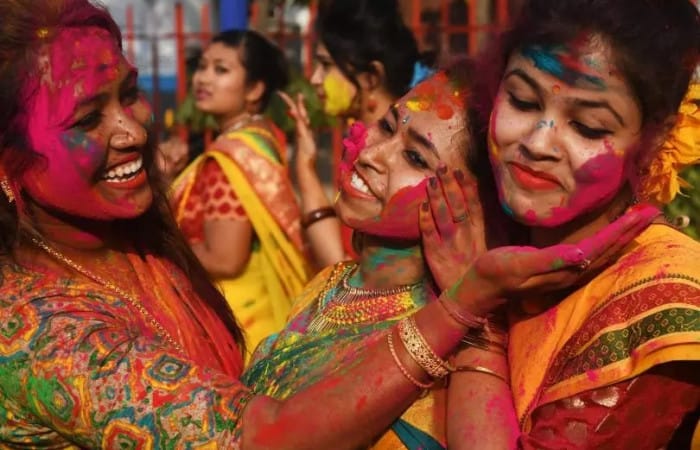 Streets in India look like a big party during Holi, as colour cakes people’s faces and bodies. One of the traditional festivals has started in India this week.

Holi coloured powders have coloured water fills water tanks and buckets and a general spirit of fun pervades the air. The cities authorities and the policemen are experiencing the difficult times now. Police and governments must take steps to ensure that miscreants are appropriately chastened for their misbehaviour. Moreover, citizens must ensure that they behave with respect towards those who choose not to play Holi.

According to the tradition, the saying “Bura na maano, Holi hai!” (“Don’t be offended, it’s Holi!”) can be heard uttered by many who participate in the festival of colours. That is the rule.

The spring comes with Holi festival, Hindus throw colour as another plays a traditional drum during Holi celebrations in Nepal, too.

The sentiment behind the saying is that people use this occasion to let bygones be bygones and extend the hand of friendship. However, mischievous children (as well as adults) use the phrase after pelting water balloons or spraying colour-filled water on complete strangers during Holi, to get out of trouble.