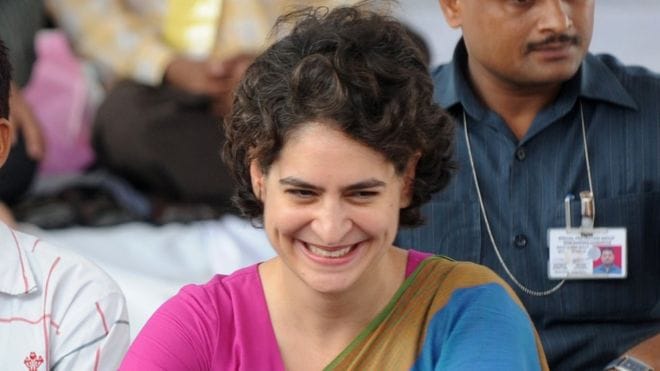 The fourth generation of Gandhi family has started her political career with her India’s Congress Party, the main opposition party. Rahul and Priyanka’s great-grandfather was the country’s first PM, Jawaharlal Nehru. Their grandmother Indira was India’s prime minister for 15 years until her assassination in 1984. Being raised in such a famous family with progressive views, Priyanka also decided to plunge into politics and to support her charismatic brother Rahul.

The young Gandhis are pro-active individuals, Priyanka’s brother Rahul is India’s opposition leader who has accepted a role with his Congress Party ahead of the country’s forthcoming general elections.

The 47-year-old Priyanka Gandhi-Vadra has been appointed the party general secretary for the eastern part of the crucial state of Uttar Pradesh. According to the analysts, she will infuse fresh energy into the Congress campaign, and Rahul Gandhi described his sister as a “capable and hardworking leader” who able to challenge PM Narendra Modi. Additionally, appearing such a charismatic personality as Ms Gandhi has the potential of improving the party’s showing in Uttar Pradesh with its largest number of MPs.