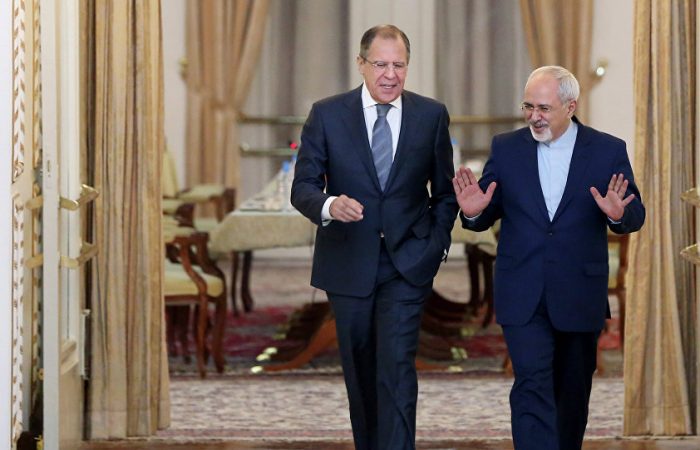 The Iranian top diplomat hailed the idea of any mediation on the settlement with Saudi Arabia. According to Mr Zarif, “Tehran works to reach understandings with neighbouring countries and does not seek tension.”

To show Tehran’s readiness for dialogue, Iranian Foreign Minister stated his country will receive Saudi Arabia with open arms if the Saudi authorities realise that they cannot provide security by just buying arms, «and handing over their sovereignty to others.”

In turn, Saudi Minister of State for Foreign Affairs, Adel Al-Jubeir, also responded to Zarif’s suggestions that both countries could normalise relations soon and even pursue a ceasefire in Yemen. According to Saudis, Iranian message was inaccurate.

“What actually happened was that several brotherly countries called for calming the tension, and we told them that the kingdom’s stance is always focused on seeking security and stability in the region.”

Over the past week, Tehran has highly appreciated any mediation on the settlement with Saudi Arabia. The incident with drone attacks on Saudi Aramco set a big black spot on Tehran’s reputation.

On Monday, Iranian Foreign Ministry has started the campaign on warming the relations between two countries. Spokesman Abbas Al-Moussawi welcomed the respective efforts to resolve the dispute with Riyadh. However, suggested that the Saudi state is not willing to do this.

“Tehran will be ready to overcome tensions with Riyadh when Saudi Arabia shows a willingness to do so,” Al-Moussawi said.