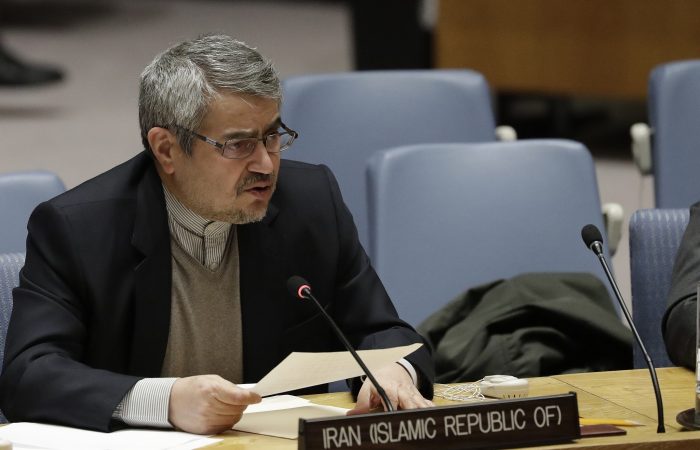 Iran envoy to the United Nations insists lifting sanctions against his country amid the coronavirus outbreak. In his Thursday address a UN Security Council meeting at the UN headquarters, Majid Takht Ravanchi made the remarks.

The Iranian Ambassador and Permanent Representative to the UN has stressed the need for lifting unilateral sanctions. Those measures are deteriorating the situation in Iran, weakening Iran’s capacity to effectively respond to the spread of the novel disease.

Mr Takht Ravanchi said it is time to review the implications of COVID-19 on the maintenance of international peace and security. As the Iranian diplomat believes, that “serious outbreaks of certain diseases with a high mortality rate, entail security implications in conflict situations.” One example is the impacts of the virus in war-torn countries like Yemen and Syria.

In these nations, the epidemic has worsened the socioeconomic situations, negatively impacted de-escalation efforts and peace negotiations and, by adding a new layer to the already existing problems, has further complicated the overall situations.

The Middle Eastern countries are unable to fight against COVID effectively

In the Middle Eastern region, the humanitarian situation has worsened as a result of an irresponsible policy of a permanent member of the Security Council, the Iranian envoy said. The crisis is imposing unlawful unilateral sanctions against the Syrian and Yemeni people.

In Yemen, where the nation is already experiencing the world’s worst humanitarian crisis, the death toll from the virus could “exceed the combined toll of war, disease and hunger over the last five years”, as stated by the UN officials present in that country.

According to Takht Ravanchi, the inaction of the UN Security Council in confronting the foreign aggression is deteriorating both social and economic crisis in Yemen and Syria.

In fact, the Islamic Republic of Iran is fully aware as to how such sanctions drastically hinder national responses of targeted countries in effectively preventing the spread of the virus. The White House’s decision to impose the unilateral sanctions under the current unprecedented global health crisis involving all nations is against the common interests of the whole of humanity.

While the impacts of epidemiological outbreaks with a high mortality rate in conflict situations need to be addressed, the immoral and inhumane nature of unilateral sanctions and their impacts on extending the pandemics and worsening the conflicts must not be overlooked, said the Iranian envoy.