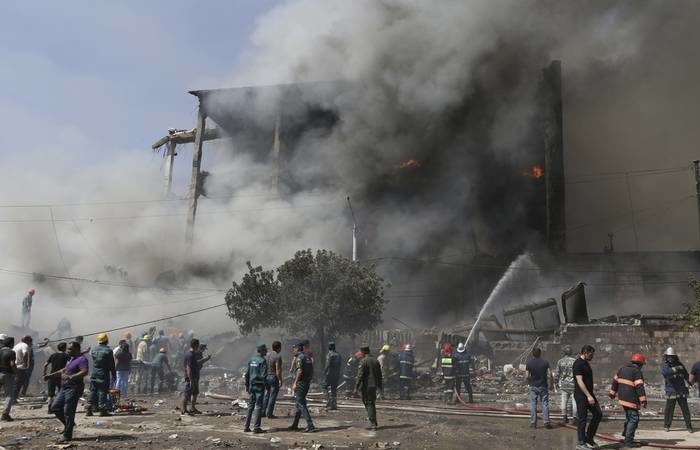 The press service of the Armenian Ministry of Emergency Situations reports that the death toll after the explosion in the Surmalu shopping center in Yerevan has risen to three. Another 20 people were asked to clarify the information. A total of 60 people were injured, 36 of them are in a state of moderate severity, 22 people have already been discharged from the hospital.

“The body of the third deceased was removed from under the rubble,” said Hayk Kostanyan, spokesman for the ministry.

Recall that the tragedy occurred on Sunday in the shopping center “Surmalu” in Yerevan, an emergency occurred. According to the mayor’s office, an explosion occurred in a pyrotechnic materials store, after which a fire broke out, which led to the partial destruction of the building. There may still be people under the rubble.