Lithuania takes delivery of US gas to cut reliance on Moscow 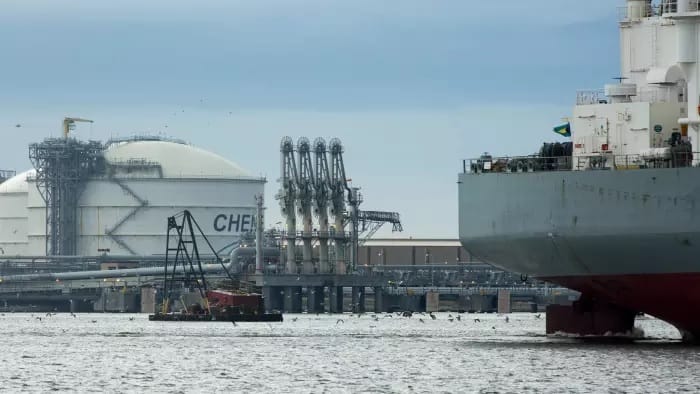 Lithuania looks to cement ties with Washington, this country became the first from the ex-USSR who decided to buy gas from the US.

On Monday, Lithuania welcomed Independence, the U.S.-based tanker, in the port of Klaipeda. Tanker delivered to the Klaipėda liquefied natural gas floating storage and regasification unit (LNG FSRU) terminal some 150,000 cubic meters of gas at a fully functioning offshore terminal that is capable of covering most of Lithuania’s annual energy needs.

The first shipment of liquefied natural gas from the United States is a symbolic act of cutting ties with Moscow. For Lithuania, it seems to be the milestone that the Baltic state hopes will further reduce its reliance on Russia. According to the statement of Zygymantas Vaiciunas,

“We are happy to reach a point where importing gas from U.S. is not only politically desirable but also commercially viable,”

The Lithuania sees the United States as the most-important strategic partner, the first shipment of the natural gas now becomes “a reliable LNG supplier for the whole region.”

Moscow’s annexation of Crimea in 2014 triggered a row of economic sanctions, and many EU countries, including Lithuania, have had to diversify sources to minimize dependence on Russia. During his visit to Poland in July, Donald Trump stressed in his speech that US gas exports to the continent would increase. The US president was glad to know that US liquefied gas exports have found a particularly warm welcome among pro-NATO politicians in the Baltic states.

Meantime, the Lithuanians aren’t sure in the “competitive pricing” of the American gas. People ask whether it will be cheaper to send US gas across the globe than gas pipe at your doorstep.