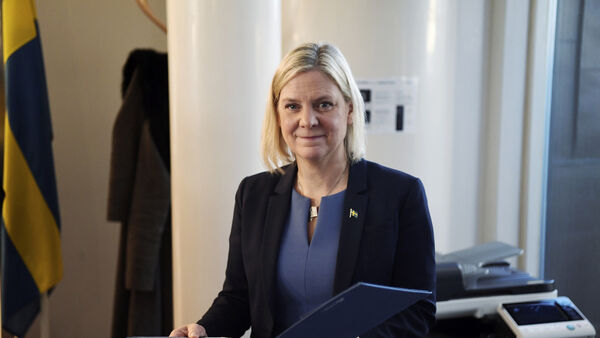 One member of Sweden’s parliament was not present in the chamber and did not vote for Magdalena Andersson who became the first female prime minister. Gender-equal Sweden has never before had a woman as PM.

While Denmark, Norway, Finland and Iceland have all seen women lead their governments, Sweden has no such an experience. Social Democrat leader Magdalena Andersson will become Sweden’s new head of the government, after parliament voted to confirm her on Wednesday morning. However, she’ll face her first big challenge in only a few hours.

The abstentions of the Centre Party and Left Party, and support of the Green Party and her own Social Democrats, brought Andersson to the magic 174 mandates – exactly the same as the number of right-wing members of parliament who voted no.

Despite this, a PM candidate doesn’t need the support of a majority in parliament, as long as the majority does not actively vote against them, this meant that Andersson’s bid was successful with a razor-thin margin.

One member of parliament was not present in the chamber and did not vote, and Ms Andersson is now set to formally take over the prime ministerial reins from Stefan Löfven following a meeting with King Carl XVI Gustaf on Friday. That gives her nine months to prepare for national 2022 general election.

Before announcing his departure as prime minister and leader of the Social Democrats, Löfven had already threatened to resign if the opposition’s budget passed, but now-outgoing Finance Minister Andersson has so far not made such a commitment.