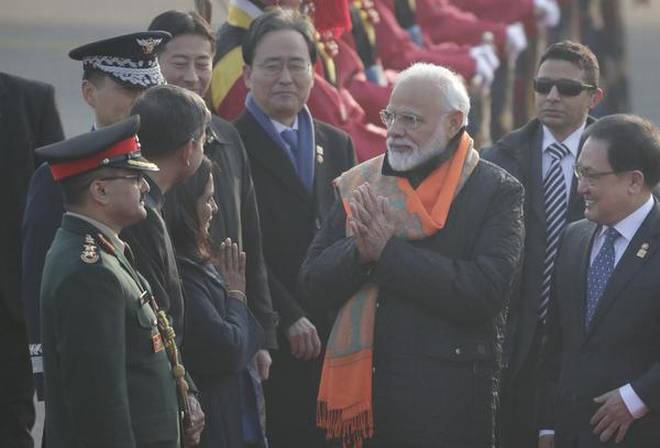 India’s prime minister started his two-day visit to Seoul with the opening ceremony. He proudly unveiled a bust of Mahatma Gandhi at the prestigious Yonsei University in South Korean capital. In his speech in front of students and journalists, Modi said that Mahatma’s teachings help to tackle terrorism, poverty, and a climate change.

According to Indian PM, Gandhi’s lifestyle was a crucial lesson for the world facing the daunting challenge of a climate change as he lived such a life that he did not leave any carbon footprint.

“In the last century through his personality, through his life and values, Mahatma Gandhi showed us what the future will be. In fact, he used to say my life is my lesson,” said Narendra Modi.

“He showed what living in harmony with nature is. He showed that it is important to leave a clean and green planet for the future generations.”

After unveiling Gandhi’s bust, Mr Modi met the Mayor of South Korean city Gimhae and gifted him a Bodhi tree sapling as a mark of close ties between India and South Korea.