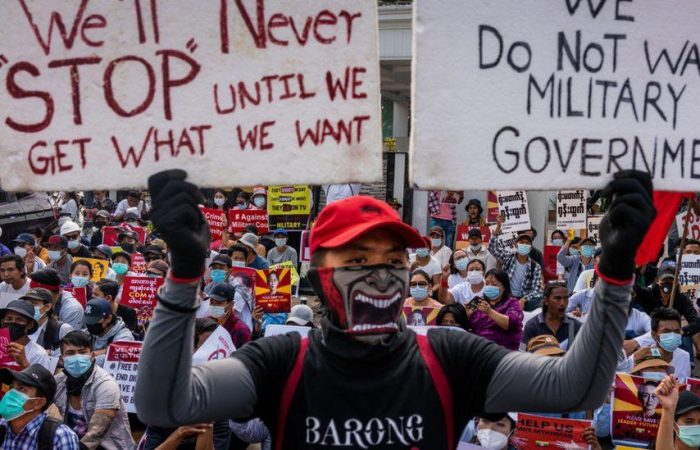 The military junta in Myanmar denied the legitimate government was ousted. They insist a recent coup was justified because fraud in a November election was not addressed, and it would hand back power after a new election, The Guardian says.

On Tuesday, the UN Special Envoy Christine Schraner Burgener stressed the right to the peaceful assembly must fully be respected. Access to the internet in Myanmar was restored on Tuesday morning after it had been cut off for a second night in a row by a junta.

During the junta’s first news conference since it seized power two weeks ago, the military said their “objective is to hold an election and hand power to the winning party”.