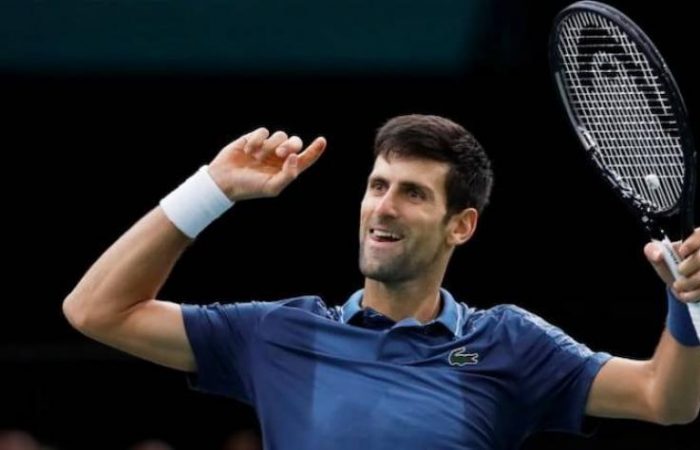 Novak Djokovic has announced that he and his wife are fully recovered from the coronavirus. The family couple was tested negative for the COVID-19 on Thursday in Belgrade, according to the TennisWorld.

Both Novak and Jelena Djokovic are enjoying with the negative result. Over ten days of self-isolation in Belgrad, the tennis legend and his wife were fighting against the novel pathogen.

Novak who is the 17-time Major champion decided to organize the Adria Tour amid the coronavirus outbreak in Europe. The first leg took place at Novak Tennis Centre in his hometown of Belgrade, with Grigor Dimitrov, Alexander Zverev and Dominic Thiem competing alongside the crowd’s favourite and Thiem as the inaugural champion.

In fact, no strict social distancing was applied, with a packed crowd on the stadium during both weekends. Also, players embraced a football match on the nearby court, visited the night club and spent time with kids, having a lot of fun ahead of the trip to Zadar.

In Croatia, Djokovic, Dimitrov, Coric and others tested their skills on the basketball court against the local club, played tennis with kids on the public forum and competed in front of the spectators. Next day, Dimitrov tested positive and feared his colleagues.

Ten days after the test, Novak Djokovic and his wife have beaten the virus, feeling no symptoms and following all the rules set by doctors.

Novak Djokovic’s statement after revealing he was coronavirus positive.

“I’m thrilled and excited to see that all the tournaments, especially Grand Slams, are organizing their events,” Djokovic said.

The athlete added as well he thinks that a lot of people were sceptical, especially for the US events considering what the US went through as a country during this pandemic.

According to Novak, his recovering from COVID is very positive news amid current chaos. While some tennis players are living in quarantine, the ATP and the USTA are preparing for the next season.

So far, the worst-case scenario is that it remains like this, said Djokovic, but there is still time.

“Hopefully, every single player who participates, chosen by ranking, and deserves their place at the US Open will have an equal opportunity to travel there and compete like everybody else,” Novak wrote.

Meantime, all of the tennis players care about staying in shape. In general, it’s highly likely that ATP players will be able to go and use the courts during the quarantine if it stays there.