Poland to spend over $400mln on new border wall 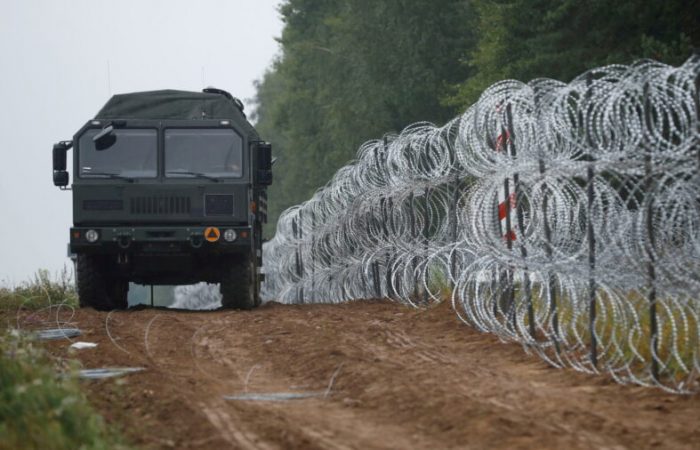 Poland is improving its border with Belarus. The migrant flow should be stopped with the new border wall, which will cost the government at least $400 million. The bill on the construction of a new wall was approved by Polish authorities on Oct 12.

Poland’s authorities have supported the idea to improve the border with Belarus. The government has announced its plans to spend more than $400 million on strengthening its border defence by building a solid barrier along the border with the former Soviet Republic.

Statistics by the Border Guard is alarming, from January to September  9,287 attempts to cross the frontier from Belarus into Poland were prevented, and of those around 8,000 took place in the last two months alone.

Over a year, the immigration levels have recently surged, Belarusians are arriving in Poland. In addition, the German police reported an upsurge in the number of migrants illegally entering the EU country. The second economy of the EU remains the most popular final destination among asylum seekers, so, the refugees are crossing the Belarus-Polish border and then making their way westwards across Poland.

In late August, shortly after Kabul fall, Warszaw started the construction of a 2.5-meter high fence along its 418-km border to halt the flow of illegal immigrants.

Jaroslaw Kaczynski, the deputy PM of Poland, said last week that the new wall should replace the temporary fence and protective measures now in place.

On Sep 2, Poland declared a state of emergency as thousands of illegal immigrants, mostly from Iraq and Afghanistan, tried to unlawfully enter the country from neighbouring Belarus. The Polish Border Guard also said in a statement in August that illegal border crossings have reached record heights.