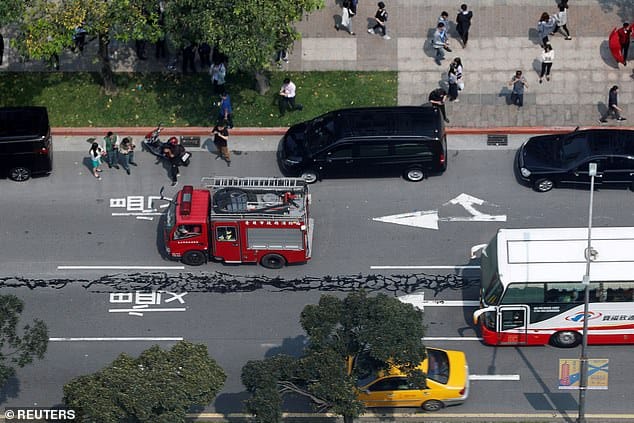 Taiwan’s capital Taipei was hit by the 6.1-magnitude earthquake, The Guardian reported. The first tremor was registered in the coastal city of Hualien at 1 pm local time on Thursday. The next powerful struck has shaken the building in the capital.

Taiwan’s authorities said there were no immediate reports of damage or casualties after the powerful earthquake, however, in Taipei, at least one multi-story building was leaning against its neighbour after its foundation shifted. After the tremor, Taipei’s subway system suspended service.

While no major problems were found, premier minister Su Tseng-chang said schools, work sites, water, power and transit lines had been checked for damage. In the capital, the cracked road surfaces on the east coast could become a problem if rain were to fall soon.

The most recent earthquake – in February 2018 in Hualien – killed 17 people when four buildings partially collapsed.

Taiwan is on the string of seismic faults around the Pacific Ocean known as the ‘Rim of Fire’ and is frequently rocked by tremors, including a 1999 quake that killed more than 2,300 people.

In 2001, an apartment building in the southwestern city of Tainan collapsed in an earthquake, killing 115 people.