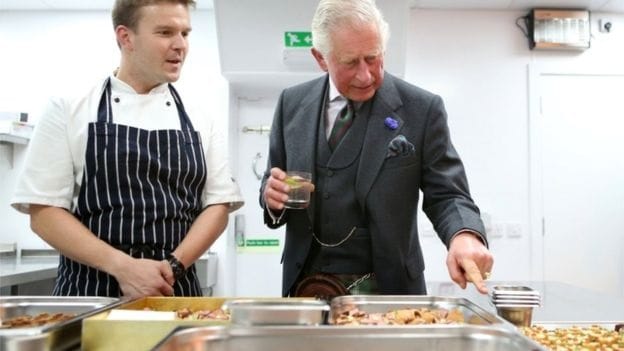 His Royal Highness Prince Charles made a number public appearances in 2017. This year, the son of Elizabeth II is to open another food establishment in Ballater, which was destroyed by fire in May 2015.

HRH opening the Rothesay Rooms in Ballater in 2016, after that, the Duke of Rothesay will open the Ballater Station Bistro and Tearoom as part of the redevelopment of the Old Royal Station. Unfortunately, this beautiful place was destroyed by fire in 2015 but the local authorities did their best to reconstruct Ballater Bistro as soon as possible.

That new project is in partnership with Aberdeenshire Council as part of a programme by The Great Steward of Scotland’s Dumfries House Trust. Its CEO, in particular, said:

“By playing our part in the restoration of the Old Royal Station at Ballater, we are aiming to bring the village back to its former glory, allow people to gain an insight into the significance of the building, and give tourists another reason to visit beautiful Royal Deeside.”

Prine Charles is to open reconstructed Ballater Bistro, that is one of his scheduled January public appearances.

The Old Royal Station in Ballater was ravaged by the blaze in May 2015, tragedy left almost nothing. The old station had been the final stopping point for members of the Royal Family heading to Balmoral, since January 2018, the bistro will welcome the guests and travellers again.