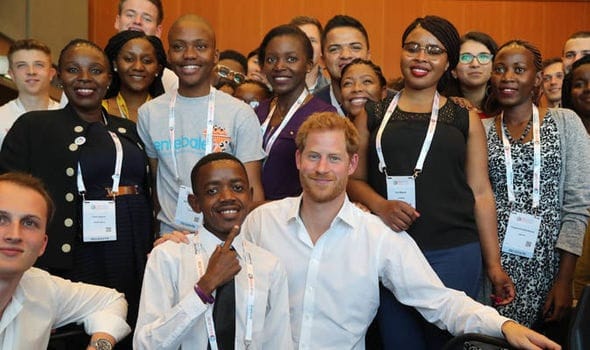 Prince Harry is loyal to the HIV mission, which was initiated by his late mother, Princess Diana. Duke of Sussex is a committed HIV/AIDS campaigner who has been publicly tested for the lethal virus several times.

Prince Harry continues to be a supporter to the charity for HIV-positive young people in Lesotho and Botswana. In the 1980s, that campaign was started by his mother who was the first member of the royal family to have contact with a person suffering from HIV/AIDS and raised the level of the public awareness about the virus.

The only one Diana’s photo where she sits on the sickbed of a man with AIDS and held his hand made a lot for the campaigners. Then, in the late 1980s, many still believed the disease could be contracted through casual contact. Princess has busted that myth with just one photo. Decades after, the 33-year-old Harry continues to demonstrate the royal support to HIV/AIDS mission in Africa.

Duke of Sussex son has met young people who have joined the campaign against HIV at an international AIDS conference in Amsterdam. Meghan’s husband joined more than 15,000 scientists, activists, health providers, policy makers and global leaders for Aids 2018, the largest gathering on HIV/AIDS in the world.

Today, Harry and Sir Elton John will share a platform at the conference as the singer launches the MenStar Coalition, a global Aids organisation aimed at targeting HIV infections in men.

The event will hear from young people, including those from Harry’s charity Sentebale, who will speak to decision-makers and financial backers about what is needed to help reverse the trend in HIV infections. Harry joined a session at the conference yesterday where youth delegates from countries including India, Zimbabwe and the US spoke about how AIDS has affected them.

Surprisingly, Harry’s wife Meghan didn’t attend the international event in Amsterdam, probably, Duchess of Sussex is preparing for the upcoming tour to Australia.