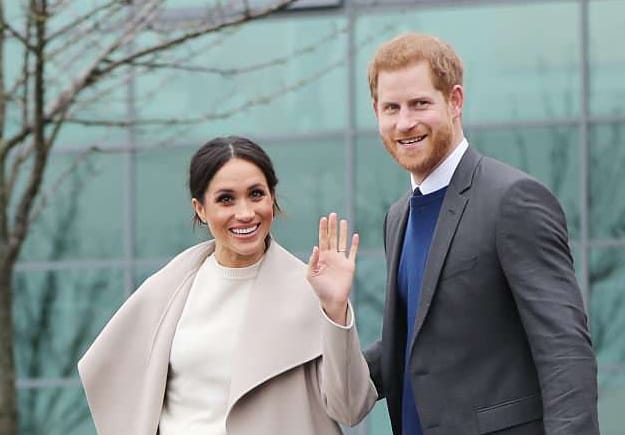 Prince Harry’s first speech as The Queen’s Commonwealth Youth Ambassador revealed the young royal is just excited to be promoted so fast. Meghan Markle preferred to remain at home while her fiance gave his important speech.

«I am particularly honoured to be speaking to a room of inspiring young leaders in my first speech.»

Harry’s beloved grandmother promoted him last week, he became ambassador to a generation that inspires prince every day. On Monday, Queen’s grandson was joined by Theresa May at the opening session of the Commonwealth Youth Forum at the Queen Elizabeth II Conference Centre in London.

Prime minister isn’t on the list of invitees to Harry and Meghan’s wedding day because the young couple decided not to invite any political figure. Despite her absence at the Forum, Meghan Markle was in Harry’s speech,

‘I am also incredibly grateful that the woman I am about to marry, Meghan, will be joining me in this work, of which she too is hugely excited to take part in,’

prince added, before pausing to grin at the cheering audience.

Harry confessed he is inspired by his new role from his grandmother who pledged her life to the Commonwealth in 1947, the radio record of then Princess Elizabeth’s speech reminds prince how important it is.

‘In my new role, I will work to support The Queen, my father The Prince of Wales, and my brother William, all of whom know that young people are the answer to the challenges of today,’