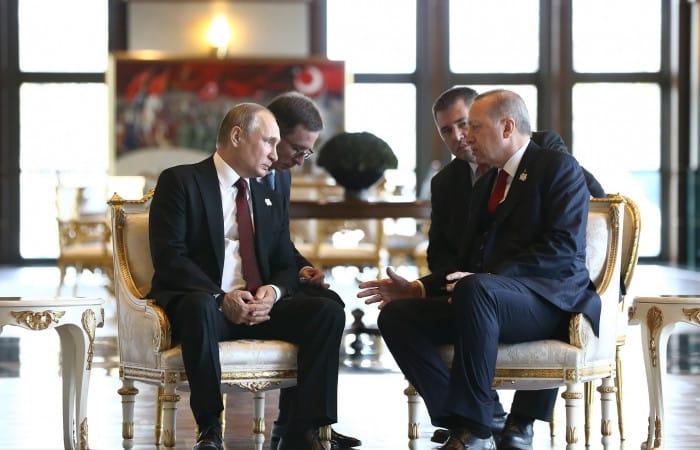 Vladimir Putin says Moscow would demand to be part of an investigation of all the aspects of Salisbury nerve agent attack. This case should be resolved once and for all, said the Russian leader on Wednesday.

Russia’s demand to investigate Skripal poisoning case should be granted, Vladimir Putin insists on it. On Wednesday, Russian Federation has called an extraordinary meeting of the Organisation for the Prohibition of Chemical Weapons (OPCW) in the Hague where it will air its complaints about the allegations made against it.

Mr Putin demands an inquiry into the Salisbury poison attack, citing a Sky News interview with the boss of Porton Down. Gary Aitkenhead, chief executive of the Defence Science and Technology Laboratory (DSTL) at Porton Down, told Sky News they had not been able to establish where the novichok nerve agent used to poison Skripals was made.

Putin about novichok’s possession by 20 countries

On Tuesday, Vladimir Putin paid the working visit to Ankara where after talks with Turkish President, claimed novichok could be made in 20 nations. Consequently, Russia is not only a country where Salisbury nerve agent is stockpiling. The Russian president lamented «the speed at which the anti-Russian campaign has been launched», adding that it «causes bewilderment».

Russia has vehemently denied accusations from Britain that it was behind the poisoning.

Russia’s embassy in the UK said it «understood from the very start» that Whitehall statements on the nerve agent having been produced in Russia were «a bluff».

Mr Aitkenhead told Sky News that establishing the nerve agent’s origin required «other inputs», some of them intelligence-based, that the Government has access to.

It was «not our job to say where it was manufactured», he added.