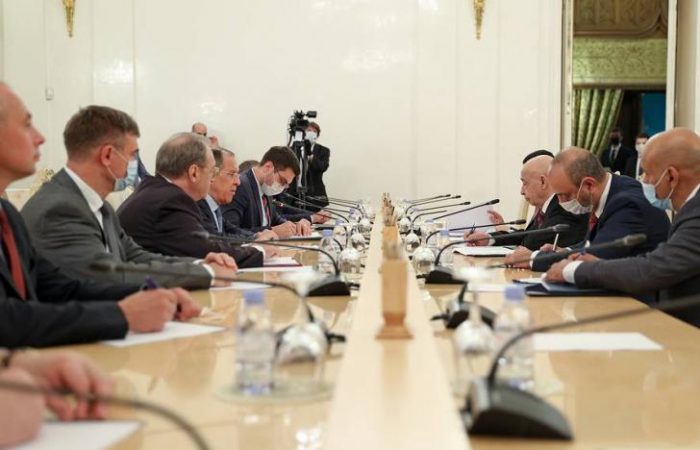 Russia decided to reopen its embassy in Libya, however, the ambassador will be based in Tunisia. On Friday, the foreign Russian foreign minister had a meeting with the speaker of the east-based Libyan parliament, Aquila Saleh. Lavrov said that at this stage embassy will be headed by Charge d’Affaires Jamshed Boltaev.

“He will temporarily be based in Tunisia, but I want to emphasize that his functions include representing Russia across all Libya’s territory,” the Russian top diplomat added.

Lavrov also hailed a ceasefire in the Libyan conflict, proposed by Egyptian President Abdel Fattah al-Sisi alongside Libyan National Army commander Khalifa Haftar in Cairo on June 6. The pause in the armed conflict definitely could work alongside decisions taken at an international conference in Berlin regarding the situation in the North African country, said the Russian minister.

Meanwhile, Mr Saleh held talks with a speaker of the Federation Council, Valentina Matviyenko. As Aawsat reports, discussions were focused on the Libyan crisis and the need to reach a ceasefire and launch a political dialogue.

During Friday meeting, Sergei Lavrov noted also the importance of the full implementation of UN Security Council Resolution 2254. He stressed the Syrian problem can be solved «exclusively by encouraging dialogue between Syrians themselves.»

In fact, the restoration of Arab diplomatic presence in Damascus would support intra-Syrian dialogue, said Lavrov, welcoming Arab countries who already returned their diplomatic missions to the country.

“I know that this issue is being discussed in the League of Arab States … That would be facilitated by the restoration of the Arab states’ presence in Damascus. That process has already begun. I know that you plan to take steps in that direction, too. We welcome that,» said the head of the Russian MFA.

The Russian top diplomat underlined that Moscow supports the return of Syria to its normal position, inside the “Arab family” and to bring an end to attempts at isolating the country. Syria’s membership in the Arab League was suspended in November 2011.

According to the Russian minister, the top priority in the Arab region should be confronting terrorism.