Russian delegation to arrive in Ankara to discuss Idlib 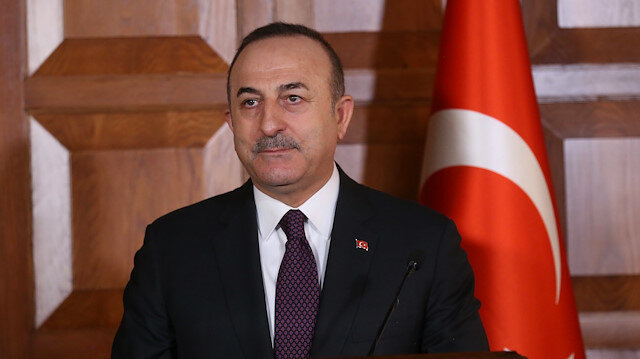 Over recent weeks, both Russia and Turkey have enough issues to discuss, and the Idlib operation remains the central topic. A Russian delegation is expected to arrive in Ankara on Saturday to discuss the decreasing tensions in the north of Syria, Turkey’s foreign minister said on Friday.

Prior to Russia-backed Syrian forces advancing through Idlib province in a brutal ground offensive on Thursday, there were weeks of intensive aerial bombardment, said the Turkish Defence Minister Hulusi Akar. Such intensive activity of the Russian troops has terrified the civilians who have left their homes for shelter to safe havens.

On Saturday, the Russian delegation scheduled to arrive Ankara for the meeting with the Turkish diplomats and military officials. On Friday, the respective announcement was made by Mevlut Cavusoglu at a joint news conference in the capital city with his Slovakian counterpart Miroslav Lajcak.

Turkey’s top diplomat said his country hosts now over 3.6 million Syrian refugees, while Russia helps to resolve the humanitarian crisis. In addition, the situation in Idlib remains critical as attacks by the Assad regime continue and aggression rises.

According to Cavusoglu, the peace agreements signed in Sochi and Astana are not working as expected. “The benefits of the deals are yet to be seen,” Turkey’s foreign minister said.

The Turkish top diplomat also said that Ankara will go all out in its efforts to ensure a permanent cease-fire and prevent a humanitarian crisis in Idlib — the last stronghold of opposition forces in the war-torn country.

In 2017, Turkey, Russia and Iran held meetings in Astana city of Kazakhstan and announced that Idlib and neighbouring cities in the Eastern Ghouta region outside the capital Damascus, and the southern cities of Daraa and Quneitra would be de-escalation zones.

But the Assad regime and Iranian-backed terrorist groups launched attacks in violation of the agreements, and thanks to Russian air support, gained control of these territories but Idlib city.

Later in September 2018, Turkey and Russia agreed in Sochi to turn Idlib into a de-escalation zone where acts of aggression are expressly prohibited.

Frankly speaking, the Al Assad regime and its allies have consistently broken the terms of the cease-fire, including a fresh truce on Jan. 12. Their frequent attacks inside the de-escalation zone resulted in the death of at least 1,300 civilians since mid-January.