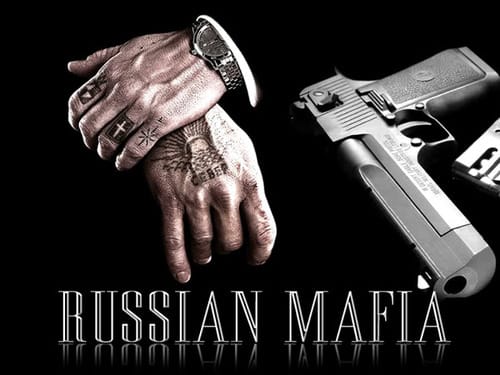 The so-called “Russian mafia” has recently become one of the popular topics discussed in the public space of Germany.

The grounds for numerous television programs, publications and even TV series are large criminal scandals, including money laundering. Although the ‘Russian mafia’ implies emigrants who came from the entire territory of the former USSR, Russians play a key role in this ‘criminal orchestra’.

Thus, it was revealed that almost every tenth prisoner in German prisons speaks Russian; more than two-thirds of the suspected offenders are foreigners.

The ‘Russian mafia’ has appeared in one of the recent sensational investigations connected with the formation of a large criminal organization engaged in money laundering, illegal gambling, extortion, and even murder. About 230 organizations that provide fictitious services for caring for the sick and physically challenged people were used as the official cover for the criminal business. Thereby fraudsters cheated insurance companies and received illegal payments for fictitious rendered services.

The scale of the criminal organization was impressive. The investigation believes that almost every fifth euro paid by insurance companies to patients who needed care went to criminal pockets.

But this is only the part of the criminal iceberg and not the biggest one. According to the recognition of the German Ministry of Finance, up to 50 billion euros are laundered annually in the country. The main flow of money comes from the banks of Eastern Europe.

The owners come after their money. For example, Igor Shubko and his wife Natalia, who received permanent residence in Bavaria. In Russia, they were involved in a criminal case of a major fraud with real estate. The Shubko family couple lives in Germany as refugees from the Russian police.

At the same time, the head of the family did not inform the German authorities that he has already had a criminal record for stealing someone else’s property.

Igor Shubko calls himself a lawyer, although he did not practice law practice (this is possible in Russia). The lawyer’s certificate helped him to avoid problems with the police for a long time since lawyers in Russia have a status that in certain situations protects them from criminal prosecution.

The Shubko family couple withdrew millions of euros from Russia and bought several expensive real estate objects, including a three-story mansion with a swimming pool in the Neubiberg district in Munich, home to a wealthy audience.

To obtain a legal status for permanent residence in Germany the Shubko family couple established companies that are registered in Munich at the address of the couple’s residence.

Thus, Shubko legalizes his capital in Germany, trying to become respectable Bavarians but no the people who have problems with the law.

This year in the summer the European Union adopted the Fourth Directive of the European Commission on combating money laundering, which tightens existing rules, increases the responsibility of banks, lawyers and accountants, and formulates clear requirements for transparency of companies. In this regard, united Europe, in fact, began to audit the large capital, which in recent years came from Eastern Europe and especially from Russia. So, these days in France there was detained a Russian billionaire Suleiman Kerimov, who is suspected of money laundering and tax crimes when buying real estate.

Germany also took a tough line to fight the illegal legalization of capital. The government has initiated a number of laws that strengthen the control over large purchases (non-movable, jewellery, expensive cars, and art objects).

All these changes can directly affect the interests of the Shubko’s family and others like them, who have many questions from Russian law enforcement agencies.

The FRG and Russia closely cooperate in the fight against crime. So, in 2017 the accused in a large fraud Ivan Samokhvalov was brought in handcuffs from Germany to Russia. He specialized in tax crimes. This summer Alexander Lomov was extradited from the Federal Republic of Germany at the request of the Russian Prosecutor General’s Office, he was nicknamed in Russia as “the murderer on the Mercedes.”

Shubko is aware that Germany extradites to Russia the persons who are under criminal prosecution. Apparently, for this reason, they began to buy real estate in the US. This country has no agreement on mutual extradition of criminals with Russia.