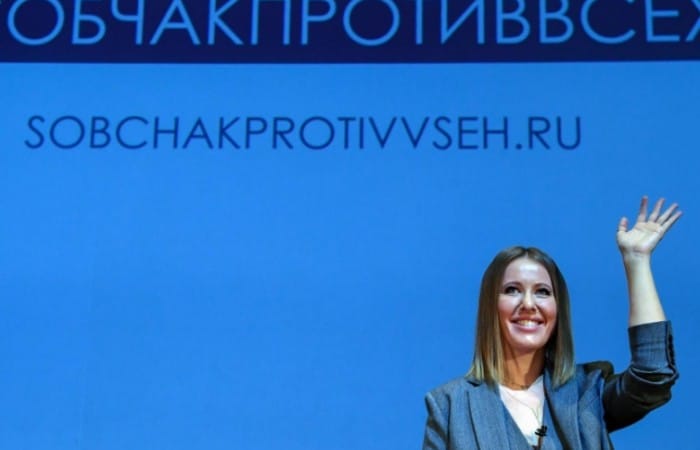 Ksenia Sobchak, the socialite and journalist, has started her presidential run. On Tuesday, Ms Sobchak held her first press conference where made an unexpected revelation that she is not going to insult Vladimir Putin because he saved the life of her father.

Russian opposition female candidate has begun her presidential campaign, during the press conference, she presented her mostly liberal agenda. Additionally, Ksenia Sobchak called for the release of political prisoners in Russia, including of her friend, the theatre director Kirill Serebrennikov.

Ms Sobchak criticised the legitimacy of elections and 2014 Crimea annexation, saying that

“From the point of view of international law, Crimea is Ukrainian, full stop.”

Such a loud expression of the point of view regarding Crimean peninsula was not, apparently, a position agreed with advisers. Some in the hall wondering if such a statement was consistent with Russian law, which criminalises calls to separatism.

President Putin has made no public objection to the candidacy of Anatoly Sobchak’s daughter. He was a former St Petersburg mayor and Putin’s mentor. In Ksenia’s version of events, she informed Vladimir Putin of her intention to the ballot but did not seek his permission. As the daughter of Anatoly Sobchak Ms Sobchak has a long family history with the President.

“You might make fun of me, of my past, but it is my intention to make this election a reality show, and to create new rules of the game,”

The campaign run by the other protest candidate, Alexei Navalny, has been repeatedly frustrated from the outset, and is almost certain to receive a formal rejection in December. In 2012, Navalny and Sobchak were among the protesters on Bolotnaya Square but later they lost their political unity due to too different points of the view.