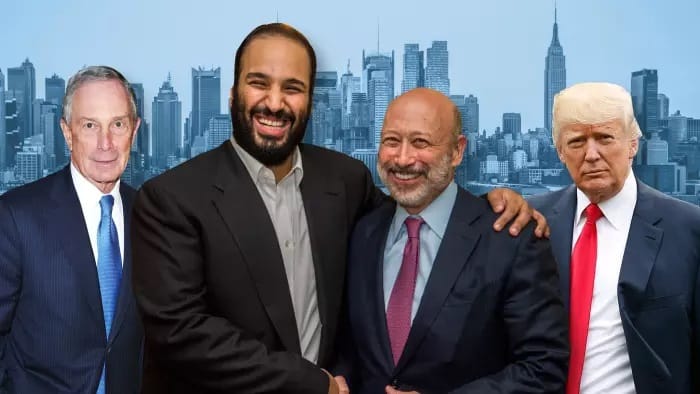 Saudi Crown Prince was spotted in New York Starbucks with local rabbis. Mohammed Bin Salman had recently met Christian figures but the good relations with all religious leaders are important to the Kingdom, FT reported.

On Thursday, Prince Mohammed looked like any other highflying Manhattan businessman this week as he grabbed a coffee in Starbucks with media mogul Michael Bloomberg. The royal met with Rabbi Richard Jacobs, president of the Union for Reform Judaism; Rabbi Steven Wernick, head of the United Synagogue of Conservative Judaism; and Allen Fagin, executive vice president of the Orthodox Union.

“The crown prince is always impressive when he sets out his vision for the KSA,”

Saudi Arabia is improving its reputation in a rare interfaith gesture

The young enthusiastic Prince Mohammed is doing his best to improve the image of his country as an opaque and secretive. Modern Saudi Arabia is open-minded and friendly, according to Prince’s vision. He is a great reformer living in a whirlwind of meetings with government officials, religious leaders, prominent business figures and celebrities.

“The meeting emphasized the common bond among all people, particularly people of faith, which stresses the importance of tolerance, coexistence, and working together for a better future for all of humanity,”

the embassy of Saudi Arabia said in the official statement.

Shifting Saudi’s reputation away from that of an opaque and secretive country better known for its rigid interpretation of Islam and a poor record for women’s empowerment is crucial to proving it is ripe for foreign investment, without which Prince Mohammed’s radical economic and social reforms may not be realised.