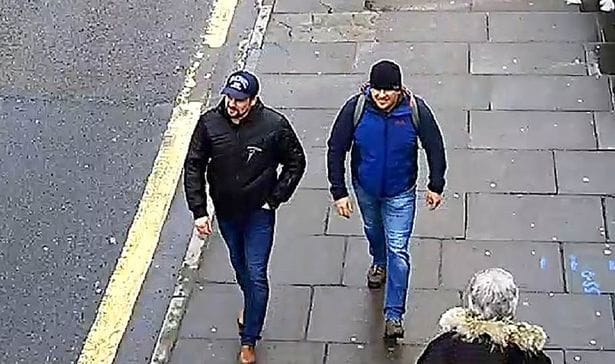 Two Russian men who were accused of poisoning Skriplas were just tourists, RT reported. During the recent interview, Alexander Petrov and Ruslan Boshirov told they went sightseeing in Salisbury but returned to London within an hour.

Two Russian citizens are accused by the UK of trying to kill Sergei and Yulia Skripal, the British police have described them as GRU agents, a Russia’s military intelligence service. The prime suspects denied being spies in GRU and insisted they had nothing to do with the poisoning, they were visiting the cathedral.

The UK’s Crown Prosecution Service have said there is enough evidence to charge the men, who are understood to have travelled to London from Moscow on 2 March on Russian passports.

Two days later, police say, they sprayed Novichok, the military-grade nerve agent, on the front door of Mr Skripal’s home in the Wiltshire city of Salisbury, before travelling home to Russia later that day.

«We tried to walk through the town, but we lasted for only half an hour because it was covered in snow.

«Of course, we went there to see Stonehenge, Old Sarum, but we couldn’t do it because there was muddy slush everywhere. The town was covered by this slush. We got wet, took the nearest train and came back (to London),”

Petrov told during an interview with Margarita Simonyan, RT editor-in-chief.