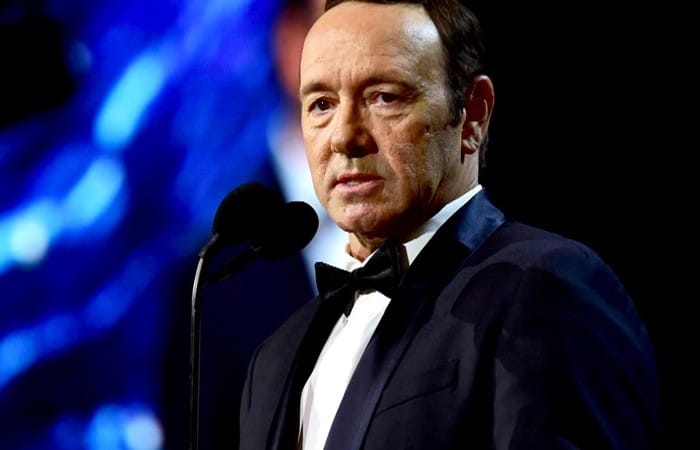 Kevin Spacey faced with the serious obstruction in Hollywood, the situation with sexual misconduct allegations against the actor is getting serious. “All the Money in the World” was due to have a red carpet world premiere at the American Film Institute’s (AFI) annual festival in Los Angeles on Nov. 16.

Kevin Spacey who plays in the drama about the 1973 kidnapping of teenager John Paul Getty III. The teen’s grandfather, the late American oil billionaire Jean Paul Getty, is a centre of the story, but Sony has to take measures regarding the wave of accusations in the sexual misconduct thirty years ago. Today, everyone knows who is Anthony Rapp – the man who accused Oscar-winner in sexual assault. And none remembers that the 45-year-old Mr Rapp is an actor.

“Given the current allegations surrounding one of its actors and out of respect for those impacted, it would be inappropriate to celebrate at a gala at this difficult time. Accordingly, the film will be withdrawn.”

Spacey’s representatives did not return a request for comment on Monday regarding Sony’s decision. The film “All the Money in the World” would open wide as planned on Dec. 22.

Kevin Spacey’s life after the accusations

The Oscar-winner has already apologized last month to actor Anthony Rapp, who accused him of trying to seduce him in 1986 when Rapp was 14. Kevin Spacey’s representatives later said he was seeking unspecified treatment.

After the allegations, the House of Cards star faced with the rejects from Netflix that announced on Friday that a corporation had severed ties with Kevin Spacey because of the allegations. Producer Media Rights Capital said the actor had been suspended from the political show. Moreover, Netflix also said it would not release the film “Gore,” in which Spacey plays the late U.S. writer Gore Vidal.