Sweden got its first ever new-fallen iron meteorite 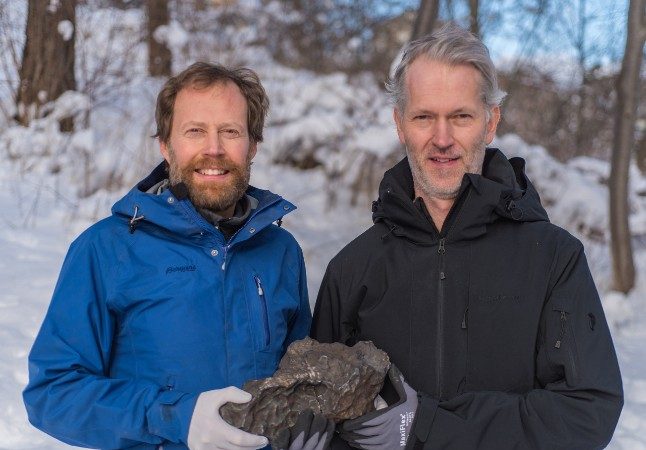 Over two months, the geologists kept their find secret, however, the unbelievable piece could be a scoop for the astronomers. According to Forsberg, he has been a meteorite hunter for more than 20 years.

The geological section at Sweden’s Museum of Natural History is happy to get “a unique object”. The new-fallen meteorite is in very good condition, while such objects normally slowly rust away in nature.

In fact, the discovering of a meteorite was not a surprise. In November, two geologists were among the first to arrive in village of Ådalen in Enköping, after Eric Stempels, an astronomer at Uppsala University, used a network of cameras to calculate a 16-square-kilometre fall zone.

On November 16th, Zetterqvist found the place where the meteorite had hit the ground, severing a tree root and leaving traces on a boulder. The next day, November 17th, they found the first fragments of the rock.

“The old meteorites are at least 4.5 billion years old; they’re the same age as the beginning of the solar system. You cannot collect any rock of that age on Earth,” Zetterqvist added.