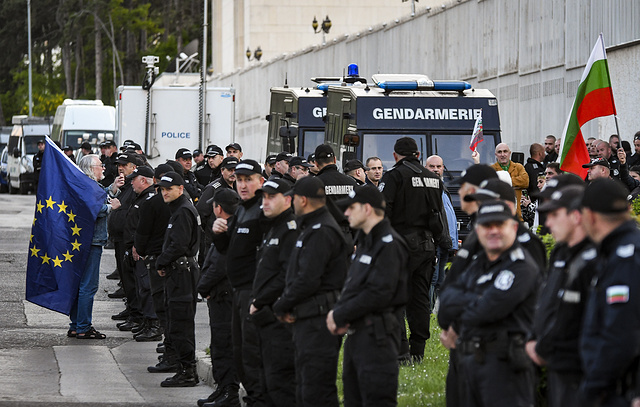 On Wednesday, in the center of the Bulgarian capital in front of the parliament building, a mass protest is taking place demanding the resignation of the government. It was initiated by the Renaissance party, which brought several hundred people to the streets of Sofia, as well as Varna.

The protesters say that “the coalition government led by Kiril Petkov is failing to manage the country and in recent months has paid more attention to the crisis in Ukraine than to domestic problems.”

The protest in Sofia turned out to be more emotional and tense, the situation escalated when the protesters went to the building of the capital’s administration, demanding to remove the state flag of Ukraine, installed on it by the decision of the deputies of the municipalities, and then tried to install a ladder in order to remove the flag on their own.

“On Bulgarian state institutions there should not be any other banners than Bulgarian ones. Someone else’s banner is a provocation,” party leader Kostadin Kostadinov said.

Reinforced police units had difficulty coping with the protesters, preventing them from taking down the Ukrainian flag.

Currently, the protest action continues on the central highway of Sofia – Tsarigrad highway, traffic is blocked. The police continue to guard the administrative buildings.