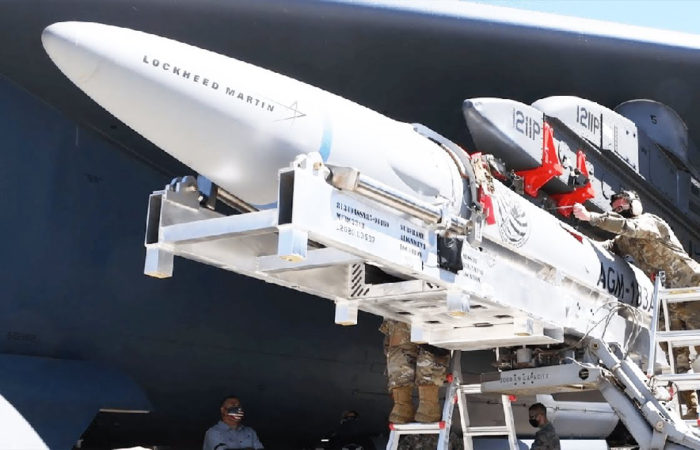 The US Air Force conducted a successful test of an advanced hypersonic cruise missile (ARRW) on May 14, the Air Force said in a statement.

The launch took place from the southern coast of California. The speed of the rocket was five times the speed of sound.

⠀
“This was a great achievement for the development team for the military sector and for our Air Force,” said Heath Collins, head of the US Air Force weapons program.

⠀
This is the first launch of this cruise missile from an air carrier.
In early April, the Pentagon Advanced Research Projects Agency announced successful flight tests of a Lockheed Martin hypersonic missile. During the launch, the rocket managed to develop a speed of more than Mach 5, rise to a height of about 12 kilometers and fly about 550 kilometers. This was the second successful missile test under this development program, the US Department of Defense said.

⠀
In the Russian Armed Forces, the Kinzhal hypersonic aircraft systems are already on experimental combat duty, the Zirkon hypersonic missile is undergoing state tests, and strategic missiles with the Avangard hypersonic glide unit are on combat duty.