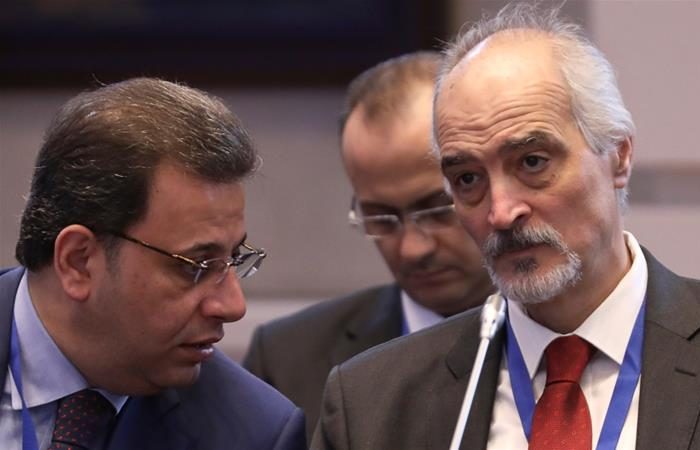 The Syrian peace process should continue, said Democratic Council and asked Moscow to resume the talks. Russia’s leading the political discussion is a guarantee of the positive changes for the war-torn country, Syrian Observer reports quoting Ilham Ahmed, the co-chair of the Syrian Democratic Council (SDC).

Syria told Turkey not to develop its military buildup near Syria’s borders and its continued threats of hostility. Ankara used to consider the Syrian Defence Forces (SDF) as the terrorist organization and to threaten cross-border attacks to oust the group from Syria.

To prevent spreading chaos and bringing instability both to Turkey itself and Syria, Ilham Ahmed asked Turkey not to undermine the fragile peace process.

“We have shown flexibility in dealing with understandings aiming to lay the foundations for a sustainable peace process with Turkey and to maintain the security of both sides of the border,” Ahmed said and added Ankara instead of keeping its military buildup reasonably away from the border, has “ started launching threats again.”

Last month, officials from the SDC have a meeting with the Russian diplomats based at the Hmeimim airbase. According to Ahmed, both sides were able to communicate developments concerning the Syrian peace process.

“We asked the Russians to invite the Syrian regime to begin a comprehensive political process for resolving the Syrian crisis and to recognize the Autonomous Administration of North and East Syria and its military forces,” Ahmed said.

In 2017, Moscow agreed to be a leader in the official peace negotiations between the Syrian regime and SDC representatives, based on demand from the legitimate head of state, Bashar al-Assad. But the initiative soon fell apart as the regime insisted on regaining full control over the Kurdish-controlled autonomous region.

“This vision does not serve the political solution and the peace process,” Ahmed underlined, explaining that it could trigger new waves of internal displacement.

Meanwhile, the 13th round of the peace talks held in August in Nur-Sultan, Kazakhstan. The final declaration highlighted the parties’ commitment to Syria’s territorial integrity, independence and sovereignty, underlining that the fight will continue against all kinds of terrorist groups.

Turkey, Russia and Iran highlighted joint efforts to prevent violations of the cease-fire in Idlib, underlining that the fight will continue against the presence of Hayat Tahrir al-Sham, ISIL and Al-Nusra Front.

In the final document of the 13th round, the parties expressed grief over civilian casualties and decided to take concrete measures to protect military personnel of the guarantor countries as well as civilian population.